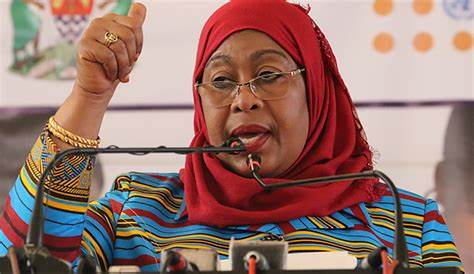 Tanzanian media have welcomed the government’s decision to lift a ban on four newspapers that was imposed by the late President John Magufuli.

Speaking during a meeting with editors at the end of last week, Minister of Information Nape Nnauye said the papers’ licenses were restored on the orders of Hassan as part of her promise to uphold press freedom.

If the government means to have a fresh start with journalists, he said, it should express that commitment with actions and not mere words. However, Hassan’s government has suspended other papers deemed to have run afoul of Tanzania’s media law.

Last year, the weekly paper Raia Mwema was suspended for 30 days for linking a gunman who killed four people to the ruling party CCM.

The Uhuru newspaper, owned by the government, was suspended for a week after publishing a story about the president saying she would not seek another term in 2025.

Salome Kitomari of the Media Institute of Southern Africa in Tanzania (MISA), an organisation that defends freedom of expression, welcomed the news that the four banned newspapers will again be allowed to publish, but also said she hopes to see the media law amended.

Kitomari added that she was happy the minister talked about removing some restrictions in media law to make sure journalists are allowed freedom of expression and access to information.

The administration of late President Magufuli was criticized for muzzling the press by suspending licenses and imposing heavy fines.

Saed Kubenea, owner of some of the restored newspapers, said that nearly all the newspapers had finished their punishments two or three years ago and won court cases, but still had not been allowed to publish. But, he added, the government’s action this week is promising.

For the moment, the government retains the power to shut down publications or broadcasters that it sees as publishing fake news or being too harsh on the president and ruling party.