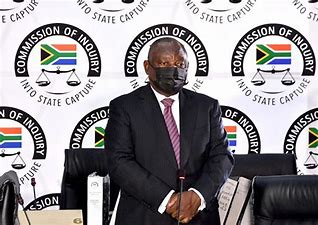 President Cyril Ramaphosa says discussions are underway with the Judiciary for the creation of special court rolls for state capture and corruption cases unearthed in the first two parts of the report of the Commission of Inquiry into State Capture.

The President revealed this in his State of the Nation Address at the Cape Town City Hall, on Thursday.

Chairperson of the Commission, Acting Chief Justice, Raymond Zondo, at the beginning of January and February respectively handed over the first two parts of the report to the president.

President Ramaphosa said that, while the definitive conclusion was yet to be delivered at the end of this month, the first two parts of the report made it plain that there was indeed “state capture”.

He said this meant that public institutions and state-owned enterprises had been infiltrated by “a criminal network intent on looting public money for private gain”.

He said, “The reports have detailed the devastating effects of this criminal activity on SAA, Transnet, Denel, South African Revenue Service and Government Communications. State capture had a direct and very concrete negative impact on the lives of all South Africans, but especially the poorest and most vulnerable members of our society.

“It has weakened the ability of the state to deliver services and to meet the expectations and constitutional rights of people.”

He said government should now do everything in its power to ensure that state capture “never happens again”.

“My responsibility is to ensure that the Commission report is properly and carefully considered and then acted upon. By no later than 30 June, I will present a plan of action in response to the Commission’s recommendations.

“We will, as the Commission’s first report recommends, strengthen the system to protect whistle-blowers, who are a vital safeguard in the fight against corruption and who take huge personal risk in reporting wrong-doing.”

The State, he said, was doing a detailed review of all applicable legislation and a comparative study of other jurisdictions to strengthen whistle-blower protection.

The relevant law enforcement agencies were taking the necessary steps to address the immediate concern about the safety of whistle-blowers.

He said many individuals and companies that the Commission has found were responsible for state capture should now be held to account.

“I have every confidence that the National Prosecuting Authority will carry out the further investigations that the commission has recommended, and that it will bring the members of the criminal network that infiltrated government and captured the state swiftly to justice,” he said.

The Investigating Directorate in the NPA, was now poised to deliver on its crucial mandate, and a dedicated team has been established to pursue these cases.

Following the resignation of Adv Hermione Cronje as ID head, he said her replacement would soon be appointed. He said the amendment to the State Capture Commission regulations in June 2020, empowered the sharing of information between the Commission and law enforcement agencies.

“This amendment also permitted the employment of the State Capture Commission personnel by law enforcement agencies. These empowering provisions has geared the Investigating Directorate to more effectively pursue the investigations emanating from the Commission.

“We have gratefully acknowledged the offer of support from the private sector to assist in providing those skills which we lack in government to enable investigation and prosecution of crime.”

To ensure that the prosecuting authority remains true to its constitutional obligation and to ensure transparency, he said government was developing a framework for private sector cooperation that will be managed through National Treasury.

“While we have taken decisive steps to end the era of state capture, we know that the fight against corruption is far from over.