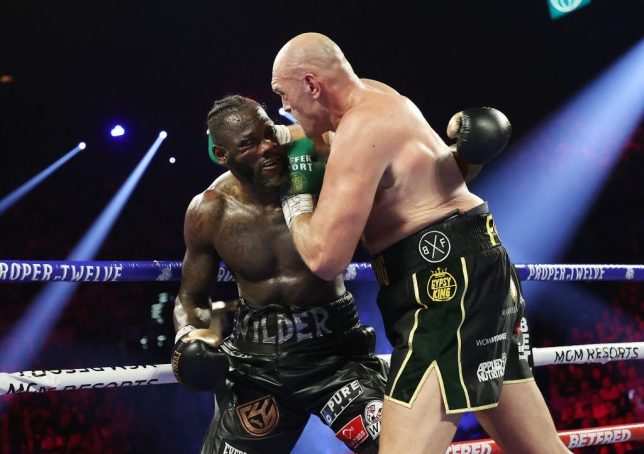 Anthony Joshua and Oleksandr Usyk meet in a thrilling heavyweight showdown this Saturday with the IBF, WBO and WBA titles at stake.

Joshua is coming up against a fellow 2012 Olympic gold medallist in Usyk, a man who won everything there is to win in the cruiserweight division with his eyes now on heavyweight glory. The Ukrainian is undefeated in 18 bouts but there are questions over whether his sublime skillset will be as effective against one of the giants of the sport.

Joshua hopes to defend his titles and move onto a unification bout against Tyson Fury next year. But victory for Usyk could derail those plans permanently.

Here, some of the biggest names in boxing past and present, along with former opponents of the two, give their predictions ahead of fight night.

“I think it’s a great fight, but in my personal opinion, I think Joshua will stop him in the first five, six, or seven rounds” he told Radio 5 Live.

“Hopefully, he goes back to the old him and starts pressing Usyk and being the bigger, stronger guy and starts backing him up and starts hitting him with stuff early. I think he can get the job done early.”

“I don’t believe Usyk is a heavyweight for one,” he told Seconds Out. I think he’s a pumped-up cruiserweight who struggles with heavyweights. In my opinion, Derek Chisora beat Oleksandr Usyk; he certainly struggled with Derek Chisora and Joshua is a much bigger, stronger man than Derek.

“I think he [Joshua] walks straight through Usyk. People are trying to build it up as a scary fight but he didn’t have the power to halt cruiserweights like Mairis Briedis or whoever else he fought.”

“I think [Uysk] his style might be very effective if AJ was 6”2″ and 14st,” Haye told Sky Sports. “But AJ isn’t. AJ is 6”6″ and he’s an absolute specimen, and he’s one of the best athletes ever in the heavyweight division. “That just spells knockout defeat for Usyk.

“If Usyk was the future of the heavyweight division and he’s going to be good enough to beat AJ, he should have at least stopped Derek Chisora or won by a landslide. But he didn’t. He wasn’t able to keep the heavier man off him. He didn’t have the firepower. I just don’t see AJ having any problems.”

“He is without a doubt the best boxer in the division by a country mile, his technical ability and his skillset outweigh him far above the others. But it also comes down to size. Weight divisions exist in boxing for a reason. The reason is they exist is so that fights are fair.

“The only thing that beats Olekandr Usyk in my opinion is size and strength and on 25 September those two things are going to catch up with him at some point. I think he might be ahead on points on the cards when he gets stopped but ultimately, I do think he gets stopped.”

“Tough fight. With Anthony Joshua, tough fight. He [Usyk] was a cruiserweight, now he’s coming to heavyweight and the only way you’re ever going to do it is fighting a heavyweight and he’s fighting a good one, so it’s going to be tough. “I did it and I believe he can do it. Everything is about confidence, if you do the right thing, you win.”

“I don’t think Anthony Joshua beats Usyk unless he knocks him out.” He told IFL TV. This is heavyweight boxing, so there’s always going to be knockouts. [Usyk] is strong enough and he’s an Olympian and all that. He has the accolades and attributes to do so.”

Winner: On the fence

“Of course, I believe he (Usyk) can win.