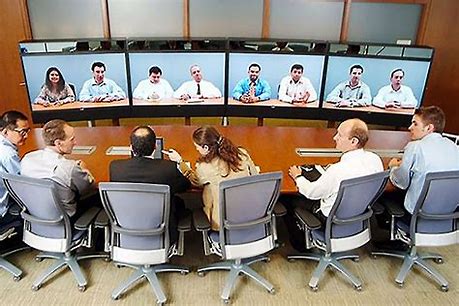 Technology also offers huge opportunity for broadening the scope and possibilities of education. EdX, one of the largest platforms for massive open online courses (MOOCs), started 2020 with 80 million enrolments. That went up to 100 million by May.

Online courses are often based around pre-recorded video lectures with text-based online chat, but there are other options too: The Open University in the UK, for example, hosts OpenSTEM Labs that allow students to remotely access real scanning electron microscopes, optical telescopes on Tenerife and a sandbox with a Mars rover replica.

There is great potential for online-based learning that isn’t yet being realised, says Stephen Harmon, interim executive director of the Center for 21st Century Universities at Georgia Tech. “

I love technology,” says Harmon. “But the tech we use [for teaching] now, like BlueJeans or Zoom, they’re not built for education, they’re built for videoconferencing.”

He hopes to see further development of teaching-tailored technologies that can monitor student engagement during classes or support in-class interaction within small groups. Platforms like Engage, for example, use immersive VR in an attempt to enhance a student’s experience during a virtual field trip or meeting.

For many developers the ultimate goal is still to create a seamless full-immersion experience — to make people feel like they’re “really there.” Bailenson’s Virtual Human Interaction Lab at Stanford is state of the art, with a pricey setup including goggles, speakers and a moveable floor.

Participants in his VR experiments have been known to scream and run from encounters with virtual earthquakes and falling objects.

There are benefits to full immersion that go beyond the wow factor. Guido Makransky, an educational psychologist at the University of Copenhagen, says that virtual reality’s ability to increase a person’s sense of presence, and their agency, when compared to passive media like watching a video or reading a book, is extremely important for education.

“Presence really creates interest,” he says. “Interest is really important.” Plenty of studies have also shown how experiencing life in another virtual body (of a different age, for example, or race) increases empathy, he says.

Makransky is now working on a large study to examine how experiencing the pandemic in the body of a more vulnerable person helps to improve willingness to be vaccinated.

As communication technologies develop, researchers see myriad applications. One of them includes fostering empathy toward others. But VR also has limitations, especially for now.

Makransky notes that the headsets can be bulky and if the software isn’t well designed the VR can be distracting and add to a student’s “cognitive load.” Some people get “cyber-sickness” – nausea akin to motion sickness caused by a mismatch between visual and physical motion cues.

For now, the burdens and distractions of immersive VR can make it less effective at promoting learning than, for example, a simpler video experience.

Mostajeran, who looks primarily at uses of VR for health, found in a recent study that a slideshow of forest snaps was more effective at reducing stress than an immersive VR forest jaunt. For now, she says, lower-immersion technology is fine or better for calming patients.

But, again, that may be just because VR technology is new, unfamiliar and imperfect. “When it’s not perfect, people fall back on what they trust,” she says.

All technology needs to surpass a certain level of convenience, cost and sophistication before it’s embraced it was the same for video calling. Video phones go much further back than most people realise: In 1936, German post offices hosted a public video call service and AT&T had a commercial product on the market around 1970. But these systems were expensive and clunky and few people wanted to use them: They were too ahead of their time to find a market.

For distanced communication to live up to its full potential, “there will need to be an evolution, both on the technology and on the social norms.”

Both Mostajeran and Makransky say they’re impressed with how much VR technologies have improved in recent years, getting lighter, less bulky and wireless. Makransky says he was surprised by how easy it was to find people who already own VR headsets and were happy to participate in his new vaccination study – 680 volunteers signed up in just a few weeks.

As the technology improves and more people have access to it and get comfortable with it, the studies and applications are expected to boom.

Whether that will translate to everyone using immersive VR for social and business meetings, and when, is up for debate. “We just missed it by a year or two, I think,” said Bailenson optimistically after his keynote presentation.

For now, the researchers say, the best way to get the most from communication media is to be aware of what you’re trying to achieve with it and adapt accordingly. People in long-distance relationships, for example, get value out of letting their cameras run nonstop, letting their partners “be in the room” with them even while they cook, clean or watch TV.

Others, in the business world, aim for a far more directed and efficient exchange of information. Video is good for some of these goals; audio-only is best for others.

“This has been a heck of an experiment,” says Stefanone about the last year of online engagement. For all the pitfalls of social media and online work, he adds, there are definitely upsides. He, for one, won’t be jumping on any planes when the pandemic ends — he has proved he can do his academic job effectively from home while also spending time with his daughter. But it’s hard to know where the technology will ultimately take us, he says. “The way people adapt never follows the route we expect.”