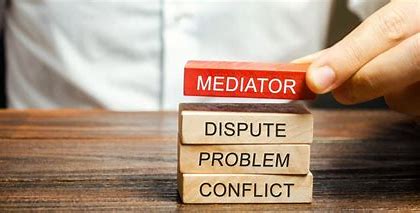 Team science suffers when junior researchers see their career-defining contributions to a paper downplayed. Here’s how to tackle disputes that have the potential to frustrate the best efforts in innovation.

“It felt like a slap in the face. It was as though the credit for half of my PhD was being handed to someone else. I burst into tears.” This is how one cell biologist reacted when her former supervisor made a fellow postdoctoral researcher a co-first author of a paper based on her PhD.

When she objected, he stood firm. Afraid of damaging important professional relationships at the end of her first collaboration, she swallowed her pride and relented, but wondered how it might affect her job prospects.

“Research is all about teamwork, so if someone asks me in an interview why it looks as though I only have half a paper from my PhD, what am I supposed to say?” she says.

Most in the scientific community have heard similar stories, often involving junior researchers who have given their all-in collaborations only to then feel unfairly relegated down the author lists of resulting publications. Sometimes they do not make the list at all, becoming no more than ‘ghost authors’.

Internet forum posts reveal how upsetting it can be for those who think that their professional prospects will suffer as a result of their being cheated out of the credit they deserve.

Nature spoke to researchers about formative collaborations that descended into author disputes. We also heard from laboratory leaders, publishers and funders who are trying to devise a fairer system of recognising individual contributions to academic papers.

Here, they outline their efforts and describe steps that researchers can take to mitigate author disputes and other tensions that can arise in collaborations. One suggestion is to have a scientific ‘pre-nup’, or team charter, spelling out roles, responsibilities and processes for conflict resolution in advance.

Some interviewees requested anonymity because of concerns that sharing their stories could harm their careers.

“Researchers are still judged by what and where they publish,” says Liz Allen, director of strategic initiatives at F1000, an open-access science publisher. “It is pivotal to their careers, so if they don’t get the credit, they deserve and visibility for their work, it’s a big problem for them.”

“While research is a collaborative endeavour, the job market is highly competitive,” adds Anna Hatch, who is the programme director at the San Francisco Declaration on Research Assessment (DORA), an initiative that campaigns to change how scientific research is evaluated. The incentive structure in science impedes progress, she says.

“Things like collaboration, open science and reproducibility drive a field forward, but it is numbers of papers, positions in author lists and funding that advances academic careers.”

Author lists are lengthening, which means that a smaller proportion of researchers are obtaining coveted first-author positions. One analysis of 30 million papers listed by the Pubmed archive and the MEDLINE database found that the average number of authors rose from 1.9 before 1975 to 5.9 during 2015–19).

This trend was part of what led the UK’s Academy of Medical Sciences (AMS) to look into the impact of increased research collaboration on biomedical careers. In its 2016 report ‘Team Science’, an AMS working group concluded that a perceived lack of recognition of their contributions is the chief deterrent to researchers’ participation in multi-group research.

Its authors stated: “Whilst team science is often recognised as important, there is little evidence that individuals’ contributions will be valued in career-relevant decision-making, which is particularly concerning for PhD students and early career researchers.”

Authorship disputes are rife. One 2011 survey1 of the corresponding authors of more than 500 papers in 6 leading medical journals found that 17.6 per cent admitted that their papers included ‘honorary authors’, individuals named as authors despite not meeting authorship criteria set out in guidelines issued by the International Committee of Medical Journal Editors, and 7.9 per cent had ghost authors whose names were ultimately missing from the paper.

In another study, a group at the US National Institute of Environmental Health Sciences (NIEHS) in Research Triangle Park, North Carolina, carried out an online survey of almost 6,700 international researchers who had published papers that listed at least two authors.

The results showed that 46.6 per cent had experienced disagreements about author naming, and that 37.9% had had disputes about name order on author lists.

“I don’t think I was only given co-first author because of my gender,” says the anonymous cell biologist, “but if it had been the other way around, I don’t think he would have accepted it. Is it easier to stand up to two men if you’re also a man? Yes, probably.”

During her PhD programme, she identified some previously unknown cell-signalling mechanisms. A journal accepted a paper reporting the findings subject to revisions. By then she was at another university, so researchers in her former supervisor’s lab did some additional experiments. She maintains that she did around 75% of the work that went into the paper.

It was shortly before the paper was due to be resubmitted that her former supervisor put the name of another team member alongside hers as co-first author. He listened sympathetically to her complaint but stuck to his original decision.

The journal’s website said it did not get involved in authorship disputes, and publication went ahead. “It was annoying, but I needed the paper and didn’t want a big argument,” she says.

Such variations in part reflect different practices across disciplines. In high-energy particle physics and economics, authors are generally listed alphabetically. In most other disciplines, order is determined by contribution level.

Such conflicts can also affect more-senior scientists, although this is less common. One physicist and principal investigator at a UK university, who also asked not to be named, recruited a postdoctoral researcher to work on an advanced optical sensor needed for a fluid-dynamics project. It was agreed that this researcher would be first author on publications covering some of the work.

However, he left the group before completing all his assigned tasks. A disagreement broke out when the postdoc was told that an undergraduate who was taking over from him would be first author on a final paper.