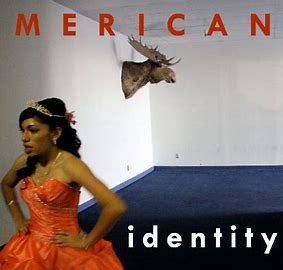 The term identity politics was born in 1977, when a group of Black lesbian feminists called the Combahee River Collective released a statement defining their work as self-liberation from the racism and sexism of “white male rule”: “The major systems of oppression are interlocking. The synthesis of these oppressions creates the conditions of our lives … This focusing upon our own oppression is embodied in the concept of identity politics.

We believe that the most profound and potentially most radical politics come directly out of our own identity.” The statement helped set in motion a way of thinking that places the struggle for justice within the self.

This thinking appeals not to reason or universal values but to the authority of identity, the “lived experience” of the oppressed. The self is not a rational being that can persuade and be persuaded by other selves because reason is another form of power.

The historical demand of the oppressed is inclusion as equal citizens in all the institutions of American life. With identity politics, the demand became different – not just to enlarge the institutions, but to change them profoundly.

When Martin Luther King Jr, at the March on Washington called on America to “rise up and live out the true meaning of its creed: ‘We hold these truths to be self-evident, that all men are created equal,’” he was demanding equal rights within the framework of the Enlightenment. (In later years, his view of the American creed grew more complicated.)

But in identity politics, equality refers to groups, not individuals and demands action to redress disparate outcomes among groups – in other words, equity, which often amounts to new forms of discrimination.

In practice, identity politics inverts the old hierarchy of power into a new one: bottom rail on top. The fixed lens of power makes true equality, based on common humanity, impossible.

And what is oppression? Not unjust laws – the most important ones were overturned by the civil-rights movement and its successors – or even unjust living conditions. The focus on subjectivity moves oppression from the world to the self and its pain – psychological trauma, harm from speech and texts, the sense of alienation that members of minority groups feel in their constant exposure to a dominant culture. A whole system of oppression can exist within a single word.

By the turn of the millennium, these ideas were nearly ubiquitous in humanities and social-science departments. Embracing them had become an important credential for admittance into sectors of the professoriate.

The ideas gave scholars an irresistible power, intellectual and moral, to criticise institutions in which they were comfortably embedded. In turn, these scholars formed the worldview of young Americans educated by elite universities to thrive in the meritocracy, students trained from early childhood to do what it takes to succeed professionally and socially.

“It is a curious thing, but the ideas of one generation become the instincts of the next,” D. H. Lawrence wrote. The ideas of critical theorists became the instincts of Millennials. It wasn’t necessary to have read Foucault or studied under Judith Butler to become adept with terms like centered, marginalised, privilege and harm; to believe that words can be a form of violence; to close down a general argument with a personal truth (“You wouldn’t understand,” or just “I’m offended”); to keep your mouth shut when identity disqualified you from speaking.

Millions of young Americans were steeped in the assumptions of critical theory and identity politics without knowing the concepts. Everyone sensed their power. Not everyone resisted the temptation to abuse it.

Just America emerged as a national narrative in 2014. That summer, in Ferguson, Missouri, the police killing of a Black 18-year-old, whose body was left to lie in the street for hours, came in the context of numerous incidents, more and more of them caught on video, of Black people assaulted and killed by white police officers who faced no obvious threat.

And those videos, widely distributed on social media and viewed millions of times, symbolized the wider injustices that still confronted Black Americans in prisons and neighborhoods and schools and workplaces—in the sixth year of the first Black presidency. The optimistic story of incremental progress and expanding opportunity in a multiracial society collapsed, seemingly overnight. The incident in Ferguson ignited a protest movement in cities and campuses around the country.

What is the narrative of Just America? It sees American society not as mixed and fluid, but as a fixed hierarchy, like a caste system. An outpouring of prizewinning books, essays, journalism, films, poetry, pop music, and scholarly work looks to the history of slavery and segregation in order to understand the present – as if to say, with Faulkner, “The past is never dead. It’s not even past.”

The most famous of this work, The New York Times Magazine’s 1619 Project, declared its ambition to retell the entire story of America as the story of slavery and its consequences, tracing contemporary phenomena to their historical antecedents in racism, sometimes in disregard of contradictory facts. Any talk of progress is false consciousness—even “hurtful.” Whatever the actions of this or that individual, whatever new laws and practices come along, the hierarchical position of “whiteness” over “Blackness” is eternal.

Here is the revolutionary power of the narrative: What had been considered, broadly speaking, American history (or literature, philosophy, classics, even math) is explicitly defined as white, and therefore supremacist. What was innocent by default suddenly finds itself on trial, every idea is cross-examined, and nothing else can get done until the case is heard.

Just America isn’t concerned only with race. The most radical version of the narrative lashes together the oppression of all groups in an encompassing hell of white supremacy, patriarchy, homophobia, transphobia, plutocracy, environmental destruction, and drones – America as a unitary malignant force beyond any other evil on Earth.

The end of Ta-Nehisi Coates’s Between the World and Me, published in 2015 and hugely influential in establishing the narrative of Just America, interprets global warming as the planet’s cosmic revenge on white people for their greed and cruelty.