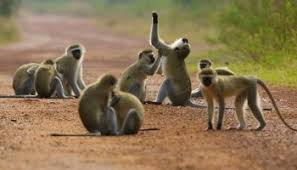 Anyone who has ever chucked a tennis ball in the general vicinity of a border collie knows that some animals take play very seriously. The intense stare, the tremble of anticipation, the apparent joy with every bounce, all in pursuit of inedible prey that tastes like the backyard.

Dogs are far from the only animals that devote considerable time and energy to play. Juvenile wasps wrestle with hive mates, otters toss rocks between their paws, and human children around the world go to great lengths to avoid make-believe lava on the living room floor.

When a dog chases a ball or a child adjudicates relationship disputes in doll-land, something important and meaningful is clearly happening in their minds, says Laura Schulz, a cognitive scientist at the Massachusetts Institute of Technology in Cambridge. “Play has a lot of peculiar and fascinating properties,” she says. “It’s totally fundamental to learning and human intelligence.”

Scientists take play seriously, too. For decades, psychologists, evolutionary biologists and animal behaviourists, among others, have laboured to understand the playful mind. They have given toys to octopuses, set up wrestling matches for rats, trained cameras on wild monkeys in the jungle and on semi-domesticated children on the playground. Their biggest question: What do these creatures get out of playtime?

Clarifying the motivations and benefits of play could tell us much about behaviour and cognitive development in people and other animals, Schulz says.

One hypothesis, for instance, is that play helps animals learn important skills. But experiments haven’t borne this out. A 2020 study of Asian small-clawed otters living in zoos and wildlife centres found that the most dedicated rock jugglers weren’t any better than their non-juggling friends at solving food puzzles that tested their dexterity, like extracting treats jammed inside a tennis ball or under a screw-top lid.

Researchers were surprised, but the otters were following a long-standing tradition of animals that don’t seem to learn much through play. Previous studies had found that kittens that grow up surrounded by cat toys aren’t especially successful hunters as adults, and playful juvenile meerkats aren’t any better as adults at managing territorial disputes.

Bred over many generations to act like perpetual puppies, dogs never really outgrow their passion for play.

As Schulz and a colleague write in the Annual Review of Developmental Psychology, even human children, arguably the most playful creatures in the world, don’t seem to reap any definitive long-term emotional or developmental benefits from pretend play, an elaborate and well-studied form of human play.

Whether studies look at creativity, intelligence or emotional control, the benefits of play remain elusive. “You can’t say that kids who play more are smarter or that kids who engage in more pretend play do better,” Schulz says. “None of that is true.”

Play is actually somewhat rare in the animal world — you’re unlikely to run across a playful rattlesnake, a recreating eagle or a whimsical bullfrog — which only deepens the mystery of why it exists at all, says Sergio Pellis, a behavioural neuroscientist at the University of Lethbridge in Alberta, Canada and co-author of a 2010 book, The Playful Brain. Evolution normally encourages behaviours that help a species survive and propagate. It doesn’t favour fun for fun’s sake. Play “isn’t like eating or sex,” Pellis says. “We have to explain why it shows up in some lineages but not others.”

Playfulness is also highly individual, giving scientists the chance to compare playful otters, kittens and meerkats with their more business-like peers, says Jean-Baptiste Leca, a cultural primatologist and a colleague of Pellis at the University of Lethbridge.

Leca has spent much of his career studying macaque monkeys that play with rocks in the jungles of Bali and the forests of Japan. They clack rocks together and move them around, scratching the ground. (Tourists often wonder if the monkeys are trying to write, but they aren’t there yet.)

Some macaques really embrace the hard-rock lifestyle, which Leca sees as an important personality trait. “Twenty-five years ago, saying that animals had personalities was almost taboo,” he says. Now the idea is more accepted. “Animals vary a lot in their boldness and their willingness to try new experiences.”

So far, he has seen no evidence that playing with rocks helps macaques learn to put rocks to a practical use, such as cracking open tough nuts. Anecdotally, he’s seen some especially playful young monkeys become the leaders of their troops, but it’s unclear if having rock-playing on their resumes had any bearing on their promotion.

Wild macaque monkeys have made rock-playing a part of their daily routines and a cornerstone of their culture. Here, a youngster learns rock basics.

Children, of course, have personality for miles and there’s no doubt that some kids are more playful than others. But there’s still no clear connection between playfulness and overall abilities, says Angeline Lillard, a psychologist at the University of Virginia.

Lillard and colleagues reviewed the state of the science on pretend play and cognitive development in a 2013 report in Psychological Bulletin. Whether studies looked at problem-solving, creativity, intelligence or social skills, there was no consistent sign that playful children had any advantages.

“People will say, absolutely, pretend play helps development, but we couldn’t find any good evidence,” says Lillard. To her mind, subsequent studies have failed to clarify the picture.

So, if play isn’t making animals smarter and honing their life skills, what can it possibly be good for? Its purpose must be more subtle and perhaps more fundamental than once thought, Pellis says. Play may not enhance easy-to-measure things like IQ, but it may prime the brain to cope with the challenges and uncertainties of life.

Consider rats, some of the most play-hungry animals on the planet. When young rats wrestle and run around, Pellis says, they’re testing boundaries and exploring new possibilities. “What happens when I jam my snout in that other guy’s neck? Will he chase me if I run? How hard can I nip at him without getting attacked?

‘Screening of emotions harmful to lives of suspects in criminal investigations’