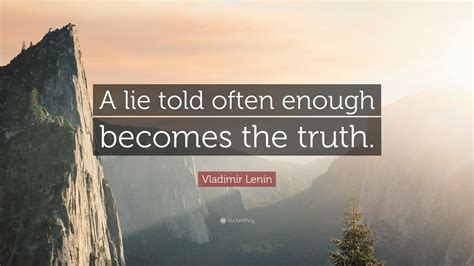 ‘Screening of emotions harmful to lives of suspects in criminal investigations’

In an experiment on how determine truth from lies, some volunteers were told to try to blend into the crowd and not look “suspicious,” because people would be trying to identify them. The other half of the group were given a regular cell phone to transport with no instructions to conceal what they were doing.

When Samantha Mann, a psychologist at the University of Portsmouth, UK, showed videos of the ferry rides to 104 other volunteers and asked them to pick out the “smugglers,” the spotters did no better than chance. In interviews afterward, the “smugglers” said they were nervous, but they consciously tried to act normal and control their nerves with tactics such as listening to music or using their phones.

Next, Mann raised the stakes. Half of a new group of 60 volunteers were given an envelope of Russian, Egyptian and Korean currency to conceal, while the other half didn’t “smuggle” anything. But this time, Mann sent two researchers onto the ferry to pace around and scrutinse the passengers, appearing to compare their faces to photos on a cell phone.

This time, 120 observers trying to pick out the “smugglers” on video guessed correctly just 39.2 per cent of the time – well below chance. The reason, Mann says, is that the “smugglers” consciously made an effort to look normal, while the “innocent” control volunteers just acted naturally. Their surprise at the unexpected scrutiny looked to the observers like a sign of guilt.

“Not too many studies compare people’s internal emotions with what others notice,” he says. “The whole point is, liars do feel more nervous, but that’s an internal feeling as opposed to how they behave as observed by others.”

Studies like these have led researchers to largely abandon the hunt for non-verbal cues to deception. But are there other ways to spot a liar? Today, psychologists investigating deception are more likely to focus on verbal cues, and particularly on ways to magnify the differences between what liars and truth-tellers say.

For example, interviewers can strategically withhold evidence longer, allowing a suspect to speak more freely, which can lead liars into contradictions. In one experiment, psychologist Hartwig taught this technique to 41 police trainees, who then correctly identified liars about 85 per cent of the time, as compared to 55 per cent for another 41 recruits who had not yet received the training. “We are talking significant improvements in accuracy rates,” says Hartwig.

Another interviewing technique taps spatial memory by asking suspects and witnesses to sketch a scene related to a crime or alibi. Because this enhances recall, truth-tellers may report more detail. In a simulated spy mission study published by Mann and her colleagues last year, 122 participants met an “agent” in the school cafeteria, exchanged a code, then received a package.

Afterward, participants instructed to tell the truth about what happened gave 76 per cent more detail about experiences at the location during a sketching interview than those asked to cover up the code-package exchange.

“When you sketch, you are reliving an event – so it aids memory,” says study co-author Haneen Deeb, a psychologist at the University of Portsmouth.

The experiment was designed with input from UK police, who regularly use sketching interviews and work with psychology researchers as part of the nation’s switch to non-guilt-assumptive questioning, which officially replaced accusation-style interrogations in the 1980s and 1990s in that country after scandals involving wrongful conviction and abuse.

In the US, though, such science-based reforms have yet to make significant inroads among police and other security officials. The US Department of Homeland Security’s Transportation Security Administration, for example, still uses nonverbal deception clues to screen airport passengers for questioning.

The agency’s secretive behavioural screening checklist instructs agents to look for supposed liars’ tells such as averted gaze – considered a sign of respect in some cultures – and prolonged stare, rapid blinking, complaining, whistling, exaggerated yawning, covering the mouth while speaking and excessive fidgeting or personal grooming. All have been thoroughly debunked by researchers.

With agents relying on such vague, contradictory grounds for suspicion, it’s perhaps not surprising that passengers lodged 2,251 formal complaints between 2015 and 2018 claiming that they’d been profiled based on nationality, race, ethnicity or other reasons.

Congressional scrutiny of Transportation Security Administration (TSA) airport screening methods goes back to 2013, when the US Government Accountability Office – an arm of Congress that audits, evaluates and advises on government programmes – reviewed the scientific evidence for behavioural detection and found it lacking, recommending that the TSA limit funding and curtail its use.

In response, the TSA eliminated the use of stand-alone behaviour detection officers and reduced the checklist from 94 to 36 indicators, but retained many scientifically unsupported elements like heavy sweating.

In response to renewed Congressional scrutiny, the TSA in 2019 promised to improve staff supervision to reduce profiling. Still, the agency continues to see the value of behavioural screening. As a Homeland Security official told congressional investigators, “common sense” behavioural indicators are worth including in a “rational and defensible security programme” even if they do not meet academic standards of scientific evidence.

In a statement to Knowable, TSA media relations manager R. Carter Langston said that “TSA believes behavioural detection provides a critical and effective layer of security within the nation’s transportation system.” The TSA points to two separate behavioural detection successes in the last 11 years that prevented three passengers from boarding airplanes with explosive or incendiary devices.

But, says Mann, without knowing how many would-be terrorists slipped through security undetected, the success of such a program cannot be measured. And, in fact, in 2015 the acting head of the TSA was reassigned after Homeland Security undercover agents in an internal investigation successfully smuggled fake explosive devices and real weapons through airport security 95 per cent of the time.

In 2019, Mann, Hartwig and 49 other university researchers published a review evaluating the evidence for behavioural analysis screening, concluding that law enforcement professionals should abandon this “fundamentally misguided” pseudoscience, which may “harm the life and liberty of individuals.”

Hartwig, meanwhile, has teamed with national security expert Mark Fallon, a former special agent with the US Naval Criminal Investigative Service and former Homeland Security assistant director, to create a new training curriculum for investigators that is more firmly based in science.

“Progress has been slow,” Fallon says. But he hopes that future reforms may save people from the sort of unjust convictions that marred the lives of Jeffrey Deskovic and Marty Tankleff.

For Tankleff, stereotypes about liars have proved tenacious. In his years-long campaign to win exoneration and recently to practice law, the reserved, bookish man had to learn to show more feeling “to create a new narrative” of wronged innocence, says Lonnie Soury, a crisis manager who coached him in the effort.

It worked and Tankleff finally won admittance to the New York bar in 2020. Why was showing emotion so critical? “People,” says Soury, “are very biased.”