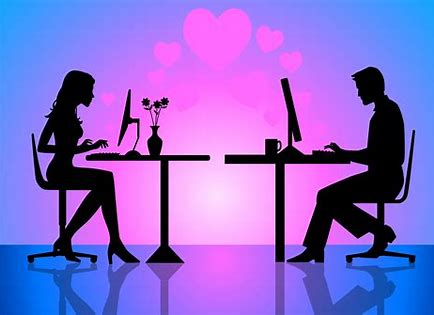 People rarely turn to science for help with this all-important decision on relationships. Truth be told, science has had little help to offer. Scholars of relationship science have been trying to find answers, but it has proven difficult and expensive to recruit large samples of couples.

The studies in this field tended to rely on tiny samples and different studies often showed conflicting results. In 2007, the distinguished scholar Harry Reis of the University of Rochester compared the field of relationship science to an adolescent: “Sprawling, at times unruly, and perhaps more mysterious than we might wish.”

But a few years ago, a young, energetic, uber-curious and brilliant scientist, Samantha Joel, aimed to change that. Joel, like so many in her field, was interested in what predicts successful relationships. But she had a noticeably different approach from others. Joel did not merely recruit a new, tiny sample of couples.

Instead, she joined together data from other, already-existing studies. Joel reasoned that, if she could merge data from the existing small studies, she could have a large dataset – and have enough data to reliably find what predicts relationship success and what does not.

Joel’s plan worked. She recruited a large number of scientists who had collected data on relationships – her team ended up including 85 other scientists – and was able to build a dataset of 11,196 heterosexual couples.

The size of the dataset was impressive. So was the information contained in it. For each couple, Joel and her team of researchers had measures of how happy each partner reported being in their relationship. And they had data on just about anything you could think to measure about the two people in that relationship.

Further, Joel and her team didn’t just have more data than everybody else in the field. They had better statistical methods. Joel and some of the other researchers had mastered machine learning, a subset of artificial intelligence that allows contemporary scholars to detect subtle patterns in large mounds of data. One might call Joel’s project the AI Marriage, as it was among the first studies to utilise these advanced techniques to try to predict relationship happiness.

After building her team and collecting and analysing the data, Joel was ready to present the results – results of perhaps the most exciting project in the history of relationship science.

Joel scheduled a talk in October 2019 at the University of Waterloo in Canada with the straightforward title: “Can we help people pick better romantic partners?”

So, can Samantha Joel – teaming up with 85 of the world’s most renowned scientists, combining data from 43 studies, mining hundreds of variables collected from more than 10,000, and utilising state-of-the-art machine learning models – help people pick better romantic partners? No.

The number one – and most surprising – lesson in the data, Samantha Joel told me in a Zoom interview, is “how unpredictable relationships seem to be.” Joel and her co-authors found that the demographics, preferences, and values of two people had surprisingly little power in predicting whether those two people were happy in a romantic relationship.

And there you have it, folks. Ask AI to figure out whether a set of two human beings can build a happy life together and it is just as clueless as the rest of us.

Well…that sure seems like a let-down. Does data science really have nothing to offer us in picking a romantic partner, perhaps the most important decision that we will face in life?

Not quite. In truth, there are important lessons in Joel and her co-authors’ machine learning project, even if computers’ ability to predict romantic success is worse than many of us might have guessed.

For one, while Joel and her team found that the power of all the variables that they had collected to predict a couple’s happiness was surprisingly small, they did find a few variables in a mate that at least slightly increase the odds you will be happy with them. More important, the surprising difficulty in predicting romantic success has counterintuitive implications for how we should pick romantic partners.

Think about it. Many people certainly believe that many of the variables that Joel and her team studied are important in picking a romantic partner. They compete ferociously for partners with certain traits, assuming that these traits will make them happy.

If, on average, as Joel and her co-authors found, many of the traits that are most competed for in the dating market do not correlate with romantic happiness, this suggests that many people are dating wrong. This brings us to another age-old question that has also recently been attacked with revolutionary new data: How do people pick a romantic partner?

A recent study, in fact, found that not only is it possible to predict with great accuracy whether someone will swipe left or right on a particular person on an online dating site, it is even possible to predict, with remarkable accuracy, the time it will take for someone to swipe. (People tend to take longer to swipe for someone close to their threshold of dating acceptability.

Well, the first truth about what people look for in romantic partners, like so many important truths about life, was expressed by a rock star before the scientists figured it out. As Adam Duritz of the Counting Crows told us in his 1993 masterpiece “Mr Jones”: We are all looking for “something beautiful.” The conventional attractiveness of a mate is the number one predictor of how many messages someone gets, for both men and women. We are also looking for: someone tall (if a man); someone of a desired race (even though most never admit it); someone rich; someone in an enforcement profession (like lawyer or firefighter) if a man; someone with a sexy name (such as Jacob or Emma); and someone just like ourselves (people are 11.3 per cent more likely to match with someone who shares their initials).