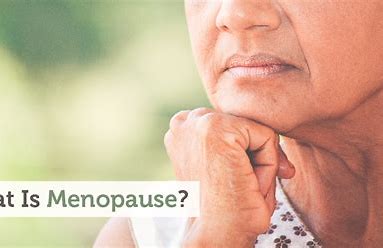 “No one ever talks to you about menopause,” says Carlotta Berry, an electrical and computer engineer at Rose-Hulman Institute of Technology in Terre Haute, Indiana.

But a few years ago, it hit Berry “like a steam truck”. She got brain fog, she grew irritable and cranky, and her hair fell out, twice. What she came to call her ‘private summers’ – the dreaded hot flushes – would arrive at inconvenient times, such as during lectures.

“I’d be up there teaching, feeling like I’m about to pass out and looking out at this sea of white young men,” recalls Berry, now 51. With no older female colleagues to turn to in her department, she was left to navigate the discomfort alone at work. “You are in a predominantly male career. Who are you going to talk to? You kind of suffer in silence,” she says.

Berry’s story isn’t rare. But it’s rarely told. Half of the world’s population can expect to experience menopause – a drop in reproductive hormones and the cessation of menstrual bleeding. Although the timing can vary by decades, the process usually occurs between 45 and 55 years of age. And with more women starting science careers, it follows that many are likely to experience this transition at key career stages.

Yet, most workplaces don’t see menopause – and the mental and physical changes that accompany it – as something they have to support. And many women are reluctant to speak out for fear it might lead to them being labelled as problematic.

University workplaces are no exception. Whereas employers have become better at understanding and catering for the pressures of child-rearing, the needs of menopausal women are often overlooked. Menopause occurs at a time when women are likely to be assuming leadership positions in their teams or fields.

Scientists face the added challenge that “universities can be very patriarchal places, and that is particularly still true in the hard sciences”, says Jo Brewis, a management- and organisation-studies researcher at the Open University in Milton Keynes, UK, and an expert on menopause and the workplace.

But universities ignore menopause at their peril. Failing to support staff through this stage of life puts institutions at risk of losing the expertise of senior women, and they could even be sued for discrimination, Brewis warns.

Employers already have many tools to accommodate staff, but employees and supervisors must first get to a point where menopause is demystified and destigmatized before discussions around solutions are likely to improve. “These aren’t easy conversations to have, but everything starts with education,” she says.

Technically, menopause occurs 12 months after a person’s final period. But the word is often used to refer to the mental and physical changes leading up to, and following, this event. This includes perimenopause, when the amount of oestrogen produced by the ovaries begins to drop. Perimenopause can last for several years, and often involves irregular or heavier periods, hot flushes, and cognitive and mood changes.

Individual experiences vary greatly. Menopause is a natural stage of life for those with ovaries and a uterus, which includes anyone who menstruates, such as some transgender men and non-binary people. It is also more common than either pregnancy or motherhood. Some people experience ‘sudden’ menopause after having surgery to remove their ovaries. And some drugs, including tamoxifen, which is used to treat breast cancer, can push people into menopause.

Menopausal symptoms such as hot flushes, dry skin, weight changes, depression and sexual discomfort can remain for years. The drop in oestrogen also increases the risk of some health conditions, including osteoporosis and heart disease. These physical changes, together with changes in cognition and memory, can materialise at a time when researchers are hitting the pinnacle of their careers, with packed schedules and plates full of responsibilities.

When 58-year-old Elena Sanchez-Heras, a cell biologist at University College London, entered perimenopause a decade ago, it almost drove her to quit her job. Her periods had always involved low moods followed by painful stomach and back cramps, she says. She took over-the-counter pain drugs such as paracetamol and ibuprofen to cope when work required her to stand for hours at the bench in a cold laboratory. But as she entered perimenopause, the pain in her lower back became so bad, she recalls thinking: “This is killing me.”

Menopause is increasingly featuring in the UK media and being spoken about by celebrities and other prominent people. Her university now has a menopause guidance document and a menopause network, but at the time, Sanchez-Heras wasn’t aware of any institutional policies that would support people in her situation. And the idea of speaking to her bosses – all male at the time – about her pain and discomfort was unthinkable.

She worried that they might not understand what she was going through or, even worse, think of her as a troublemaker. She ended up suffering in silence, taking precious leave days to stay at home in bed when the pain and low moods were unbearable. “On the days I was really down, I was thinking, this is not the career for me,” she says.

Being able to go or stay at home on bad days without using up her leave would have helped Sanchez-Heras a lot. It might also have paved the way for conversations with her bosses. Having a more diverse management group would help, too, Sanchez-Heras says. She found it much easier to speak about personal challenges once the team gained a female leader.

There’s not much information on menopause experiences in workplaces around the world. But what there is suggests an underestimated drain on productivity and mental health. A US study published in Menopause in 2015 estimated that women experiencing hot flushes and night sweats have up to 60 per cent more lost workdays than do their asymptomatic colleagues.

A 2021 report by the Fawcett Society, a gender-equality advocacy organisation in London, found that more than half of women and transgender men experiencing menopause said their symptoms had made them less likely to want to apply for a promotion.

In Australia, where women make up 57 per cent of the higher-education workforce and 78 per cent of the health and social-care sector, a survey last year of menopausal women working in healthcare and universities discovered that many felt guilty about their perceived underperformance.

Many of the respondents also said they wished to cut down on their working hours to improve their health and work-life balance. And a 2019 UK survey of 1,400 women experiencing menopause symptoms found that nearly two-thirds were less able to concentrate at work, more than half experienced more stress and nearly one-third took sick leave because of symptoms.

Brewis has found that many women working in science, technology, engineering and mathematics (STEM), are reluctant to discuss menopause with their bosses and colleagues. She suspects they fear it becoming another source of bias against women.

“Anything that affects your ability to process information, your decision making, your focus – that’s not a good look for an academic,” she says.

She would know. Her own menopause symptoms have made it difficult for her to concentrate, with spells of forgetfulness. She recalls her embarrassment sitting down next to a colleague at a conference, only to draw a complete blank on her name. “We had a very warm professional relationship. And I could not remember her name.”