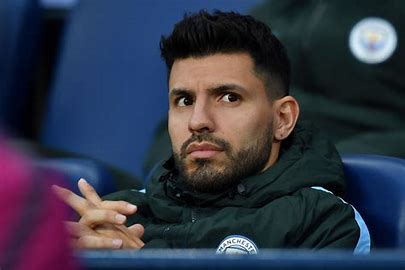 With Messi out of Barca, Sergio Aguero considers following him two months after joining

Sergio Aguero could now leave Barcelona only two months after signing because of Lionel Messi’s exit saga, according to a report.

The striker moved to the Spanish giants at the end of May following his exit from Manchester City. After 10 years at City in which he became the club’s record goal scorer, he travelled back to Spain and to Camp Nou. As well as seeking a new challenge, he also wanted to play alongside Messi.

Despite growing uncertainty over his future, the 34-year-old looked to be close to staying at Barca. He had agreed a new contract on a pay cut, hoping to stay within La Liga’s financial regulations. However, in a shock twist, Barca announced his exit on Thursday.

But the club’s troubling situation could yet get worse, according to Catalonia-based source Beteve. Aguero has reportedly become ‘very angry’ at Messi leaving. Indeed, playing with the Argentina international proved a major motivation for his move.

As such, his future at Barca ‘does not look good’.

Aguero is working with his lawyers to review the details of his contract, signed only recently. He could even quit his new club this summer. Barca’s situation is so troubling that they have actually been unable to register Aguero and fellow new signing Memphis Depay.

Both players arrived on free transfers, but they cannot register their wages because they need to remove other players’ salaries from their bill first. Antoine Griezmann is one such player and he has had links with a move back to Atletico Madrid.

As for where Messi will end up, he will iron out a move to Paris Saint-Germain with his father Jorge on Saturday. Speaking in a press conference to explain the goings-on on Friday, Barcelona president Joan Laporta’s words made for grim reading.