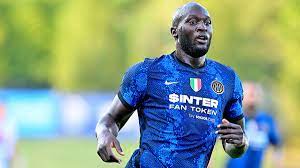 Chelsea have answered the mammoth transfer splashes of Man City and Man Utd by securing a €115 million ($135 million) deal to bring Romelu Lukaku back to Stamford Bridge, per a trusted source.

Blues fans may have been forgiven for feeling a sense of apprehension over recent weeks. Manchester United forked out a combined £114 million ($158 million) to secure the services of Jadon Sancho and Raphael Varane. Man City, meanwhile, broke the British transfer record when paying £100 million ($139 million) to prise Jack Grealish from Aston Villa.

Chelsea entered the summer with their own ambitions of making similar noises in the transfer market. A clinical centre-forward was atop their agenda, though progress over a deal to bring Borussia Dortmund ace Erling Haaland to the Premier League could not be made.

Instead, former Blue Lukaku entered the frame and speculation began to ramp up an agreement could be reached with Inter amid their financial strife. Indeed, the Belgian reportedly requested not to be involved in Inter’s pre-season friendly on Sunday in anticipation of a move.

A transfer would only come about if Chelsea upped their offer, however, and per reliable journalist Fabrizio Romano, that is exactly what they have done.

The Italian tweeted “Romelu Lukaku to Chelsea” is “confirmed”. That was followed up with his signature “here we go” stamp of approval. The deal is said to be worth €115 million (£97.5 million or $135 million) and will not include any players as makeweights. Marcos Alonso had previously been offered to Inter in prior negotiations.

Romano added the deal will officially be completed after “further talks” which will lead to the necessary paperwork being signed. Lukaku will reportedly sign a “long-term contract” worth “€12 million ($14 million) plus add-ons” per year. That would equate to a weekly salary of around £195,000 ($230,000)-per-week.

Chelsea forward Kai Havertz has indirectly warned his side they may not be the same creative force if Lukaku pushed Werner out of the eleven. Despite struggling in front of goal last year, Werner notched a team-leading 15 assists in all competitions. And speaking to the Athletic, Kavertz outlined the importance to Chelsea of Werner’s all-around game.

“After last season you have to say he’s [Werner] a better assist-maker than everyone else in the team,” said Havertz. He changed his style of play and made more assists than goals, but he has every ability.

“In the Champions League final, for example, he did the run to the left which opened the space for me (to score). He can do everything, and that’s a reason why he’s so unpredictable.