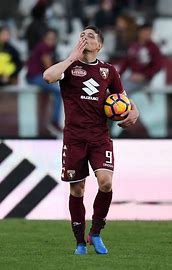 Torino’s Arsenal-linked striker Andrea Belotti has reportedly snubbed a big new contract offer as he seeks an exit, according to a report.

The Gunners have already reshaped their squad ahead of what will be a crucial Premier League season. Ben White has bolstered their defence for £50million, while Albert Sambi Lokonga has added to the midfield. However, boss Mikel Arteta is seeking more additions elsewhere in his team.

The forwardline has become a key area, amid uncertainty over Alexandre Lacazette. The Frenchman only has a year left on his deal, but a resolution is not in sight. As for who could step in, Inter’s Lautaro Martinez has had links with a move to Arsenal. However, his future depends on whether Chelsea sign his team-mate Romelu Lukaku.

Italy international Belotti is another reported target and he also has only one year left on his deal. According to Sky Italia, the 27-year-old has rejected Torino’s latest contract offer. The club have offered their captain a new four-year deal worth €3.3 million (£2.8 million /$3.8 million) per year plus bonuses.

Despite that being more than what he currently earns, it is “not enough to convince” him to sign.

With Belotti in the final year of his deal, Torino would likely want to sell rather than losing their star man for free in the coming months.

Inter Milan have identified Duvan Zapata and Edin Dzeko as potential replacements for Chelsea-linked striker Lukaku. The Blues are edging closer to re-signing the Belgium international, with the fee in the region of £95million, according to the Daily Mail.

The Telegraph and AS report that Chelsea owner Roman Abramovich has held talks with Lionel Messi’s agents following his Barcelona exit. However, the 34-year-old is closing in on a move to Paris Saint-Germain.