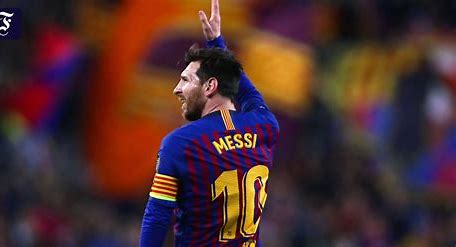 Barcelona defender Gerard Pique has reached out to Lionel Messi in an emotional message on social media, saying “nothing will ever be the same again” in the iconic forward’s absence.

On Thursday evening, the Catalan giants confirmed in a bombshell statement that Messi, 34, had left the club after talks collapsed over a new contract at the Camp Nou.

Messi, Barca’s all-time record scorer with 672 goals and arguably the greatest player in history, became a free agent on July 1 and an internal agreement had been reached that would have seen the six-time Ballon d’Or winner take a 50 per cent pay cut.

However, discussions between Barcelona and Messi subsequently broke down, with the Spanish outfit blaming the situation on “financial and structural obstacles” imposed by La Liga.

It brings an end to Messi’s glittering 21-year association with the side and reports emanating from France indicate that Paris Saint-Germain are confident of wrapping up a deal for the attacker this coming weekend.

The news has sent shockwaves around the footballing world and Barca centre-back Pique delivered his reaction in a moving tribute on Friday evening. Pique rose through La Masia youth academy alongside Messi before returning from Manchester United to join up with the Argentine again in 2008.

The pair went on to lift a staggering 30 trophies together across the most successful period in the club’s history.

“Nothing will ever be the same again. Not the Camp Nou, not the city of Barcelona, ​​not ourselves,” Pique said in a message shared on his social media pages. “After more than 20 years at the club, you will stop wearing the Barca shirt. The reality, sometimes, is very harsh.

“We met in 2000, we were 13 years old and had a career ahead of us. What career! Damn! If we had designed it at that time, it would have been impossible to make it any better. A f***ing madness!”

The Spaniard added, “In my first season, after returning to FC Barcelona, ​​we won the treble and you became the best player of all time. From Rosario to touching the sky of Rome. That’s where the legend began. What came next is history. And what a good time we have had!

“Now you are leaving, but I know that one day you will come back. There are things to do. Have fun, enjoy wherever you go and keep winning as only you know how to do. Here we will miss you. I love you, Leo.”

Antoine Griezmann and Jordi Alba also paid tribute to Messi in messages on their Instagram pages.

“The only thing I can tell you and that every football lover will think the same: THANK YOU!” Griezmann wrote. “Thank you for everything you have done at Barcelona! For the city, for the club… you have changed everything!

Griezmann went on, “I am sure that it is not a goodbye but a see you later and that your path will cross again with FC Barcelona. “I wish you the best, that you and your family are happy wherever you go. Very few know what it is to be Messi and you were an example for me in every way.”

Barca left-back Alba said, “What a privilege to have been able to share these nine seasons together. What beautiful experiences we have enjoyed and how we have overcome difficult moments. I was lucky enough to be able to experience your first goal in 2005 against Albacete at the Camp Nou and I never thought that one day we would have that complicity that with just a glance we understood each other.

“How we I have enjoyed our time on the field together. How I am going to miss it!

“You are not only the greatest player in the history of football, but you are also an exceptional human being.

“Friend, thank you from the bottom of my heart for everything you have given to the club, for your friendship, for your support in the dark days, for the great moments lived that will remain forever in our memory.

“I wish you and your whole family the best in your new adventure. A big hug, I love you brother.”