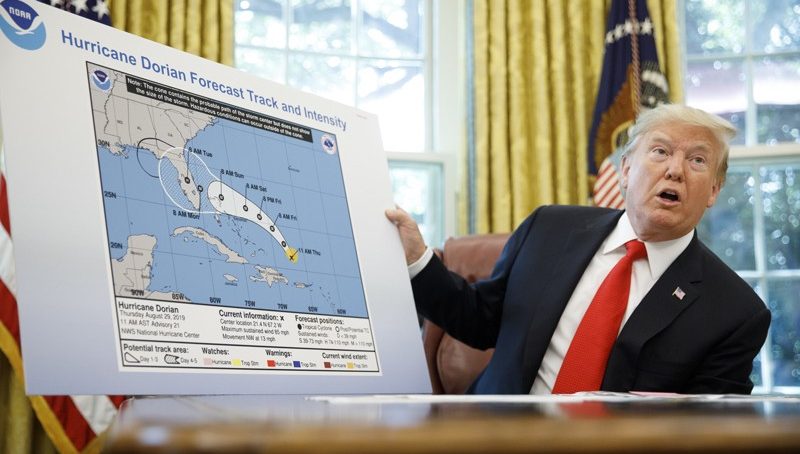 US federal agencies need to strengthen the policies that protect science used in government decision-making. They should also create a scientific-integrity council spanning many agencies, to help address political meddling by government officials.

Those are some of the top conclusions of a long-awaited report from a taskforce convened by US President Joe Biden’s administration in the wake of four years of science – and scientists – being undermined under former president Donald Trump.

The White House Office of Science and Technology Policy (OSTP) released the report, which tackles the thorny topic of scientific integrity in the federal government on January 11. High-profile examples of scientific integrity being violated include a 2019 incident in which Trump said that a hurricane was threatening parts of Alabama, even though a weather-forecast office said it wasn’t; the acting head of the National Oceanic and Atmospheric Administration was then involved in a statement criticizing government scientists for contradicting Trump.

“Political intrusion into the conduct, management, communication and use (or misuse) of science has a severe impact on public trust in federal science,” says the report.

The report calls on agencies to increase accountability for those found to have violated scientific-integrity principles. It also recommends updating policies to incorporate emerging technologies such as artificial intelligence and machine learning.

“It really is amazing to see the Biden administration take this issue so seriously, especially after what we witnessed” under Trump, says Jacob Carter, a senior scientist with the Union of Concerned Scientists, who is based in Washington DC and studies scientific integrity.

But several aspects need more work, he says: for example, agencies need to flesh out what accountability would really look like.

The taskforce includes around 50 experts from 29 government agencies, spearheaded by Alondra Nelson, the OSTP’s deputy director for science and society, and Jane Lubchenco, the office’s deputy director for climate and environment. It was created after Biden issued a memorandum in January 2021, one week into his presidency, calling for “restoring trust in government through scientific integrity and evidence-based policymaking”.

The taskforce began its work in May 2021 and, following public meetings and listening sessions, has now issued its full report.

It is a “superb job”, says John Holdren, who headed the OSTP between 2009 and 2017 as former president Barack Obama’s science adviser. “It represents an entirely new standard on this critical issue.”

The report’s authors say this is only the first step: future work will involve putting the recommendations into practice across government in the coming months. “It is a process,” Nelson told a meeting of the American Geophysical Union (AGU) last month. “We will always be working on scientific integrity.”

The question now is whether federal agencies can strengthen their scientific-integrity policies to be truly effective against challenges such as those that arose during Trump’s presidency.

“By elevating the importance of this issue … it is our hope that we can minimise the likelihood of future violations,” Lubchenco says.

Many agencies already had such policies when Trump took office in 2017. They simply were not strong enough to withstand the suppression of science that occurred. One major problem was that top officials were sometimes involved in integrity breaches — and agencies struggled with how to respond to such events. For example, in 2017, Scott Pruitt, then administrator of the Environmental Protection Agency, stated that carbon dioxide was not a primary contributor to global warming.

Agency officials investigated whether this violated the agency’s scientific-integrity policy, but ultimately cleared Pruitt. “Violations involving high-level officials are the most problematic and difficult to address,” says the OSTP taskforce in its report.

The report recommends establishing a formal Scientific Integrity Council, with members drawn from many agencies. Such a council might deal better with possible violations involving top officials, because it would provide a mechanism for investigation outside the agency involved.

Other suggested changes include standardising policies across agencies and expanding scientific-integrity training to include contractors and scientists who receive agency grants – both of which could help to ingrain awareness of scientific integrity more widely, Carter says.

Perhaps most importantly, those found to have violated scientific-integrity policies need to be held to account, the report says, with consequences comparable to those for violating government ethics rules. It does not, however, lay out what such consequences might look like.

“This is a situation where the devil is truly in the details, and the lack of specificity is frustrating,” says Lauren Kurtz, executive director of the Climate Science Legal Defence Fund in New York City.

Lubchenco says that more details will be forthcoming about what such consequences might involve. “There should not just be a minor slap on the hand,” she says.

The report recommends broadening scientific-integrity policies beyond science agencies such as the National Institutes of Health and the National Science Foundation. For instance, the departments of justice and transportation use science to inform decisions on issues such as incarceration and urban planning. “We need to engage everyone who communicates about science,” Nelson told the AGU meeting.

The taskforce’s work builds on the OSTP’s efforts under the Obama administration. In 2010, Holdren issued a short but influential memo that laid out basic guidelines for scientific integrity in the federal government. However, those guidelines didn’t stand up to the Trump administration.

One database, the Silencing Science Tracker – run by the Sabin Center for Climate Change Law at Columbia University in New York City and the Climate Science Legal Defense Fund – found that the federal government took 339 anti-science actions during the Trump administration. Only nine of those have been reviewed or reversed by the Biden administration, Kurtz says.

Each president can override many of the decisions made by the previous incumbent. So, for changes to scientific-integrity policies to be permanent, they will have to be enacted by legislators in Congress, Carter says. “It will be incredibly important to codify a lot of this in legislation,” he says.

Congress is currently considering bills that would require agencies to adopt uniform policies on scientific integrity.

Human rights: The minute the word gender enters dialogue, some regions get up and leave conference room