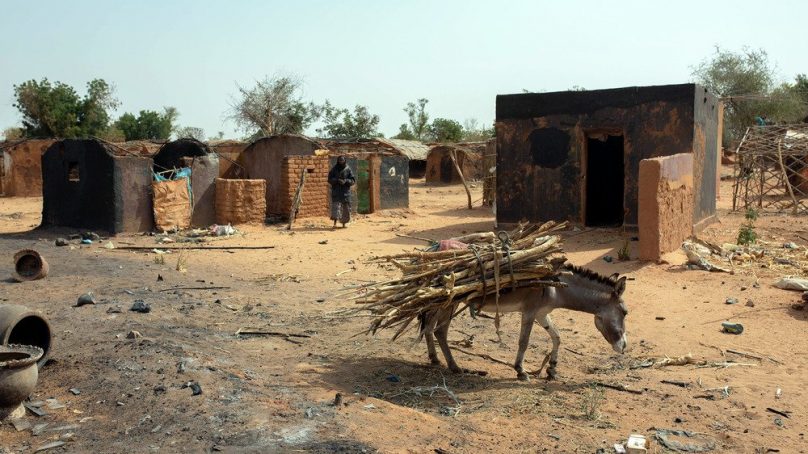 The departure of the long-running UN peacekeeping mission in Darfur has created a security vacuum as hundreds of thousands flee fresh outbreaks of violence in a conflict that civil society groups and displaced Darfuris told The New Humanitarian is far from resolved.

The joint UN-African Union mission, known by its acronym Unamid, had been gradually drawing down since 2018, but its mandate was terminated in December – after 13 years on the ground – amid pressure from Sudan’s civilian-military transitional government.

Many Darfuris believe the pullout has worsened the security situation, particularly in the conflict-hit town of El Geneina, where outbreaks of violence since January have cost hundreds of lives and exposed the weakness of Sudan’s security forces – now responsible for protecting civilians.

In interviews with The New Humanitarian, recently displaced people from other parts of Darfur also cited the pullout as a factor motivating their decision to leave home following attacks, while several women at displacement camps said they have stopped leaving the sites altogether since Unamid patrols ended.

“The circumstances that put us here have not changed,” said Yaqoub Mohamed Abdallah, the leader of Kalma camp, one of the largest displacement sites in Darfur. “The withdrawal of Unamid is going to have serious consequences.”

Unamid began deploying to Darfur in 2007, around four years after rebel groups in the region revolted against the government of former leader Omar al-Bashir, who they accused of neglecting the western area.

Hundreds of thousands died as Khartoum-armed Arab militias known as the Janjaweed fought the largely non-Arab rebels in a campaign that triggered one of the world’s worst humanitarian crises, and earned al-Bashir an International Criminal Court indictment for genocide.

Darfuris often criticised Unamid or failing to protect them over the years, though many felt it still deterred attacks and were grateful it bore witness – albeit imperfectly – to a conflict that al-Bashir’s regime wanted hidden.

While peacekeeping patrols have now ended, UN officials remain on the ground in Darfur to liquidate the operation, which was one of largest and costliest missions ever deployed.

The exit process has proved challenging. Unamid bases and equipment handed over to authorities have been looted by militias, while Sudan’s government has been seeking control over mission assets intended for other peacekeeping forces.

“We have had difficulties at every step of the road,” Michael Tarallo, a senior Unamid official involved in the drawdown process, told The New Humanitarian in March from a peacekeeping base in El Fasher, one of the largest towns in Darfur.

The end of the operation doesn’t mark the end of the UN’s engagement in Sudan, officials stress. A new political mission focused on assisting the country’s transition to democratic rule began work in January, and is currently setting up offices in Darfur.

However, the Khartoum-based mission, known as UNITAMS, has no mandate to physically protect civilians, and has been given less money and fewer staff than its predecessor, which once had an operating budget of more than $1 billion.

“It is a small mission with a broad mandate,” Volker Perthes, the head of UNITAMS, told The New Humanitarian in March in one of his first sit-down media interviews. “People shouldn’t compare us to UNAMID.”

Former officials criticised the mission’s reluctance to call out the Sudanese government for frequent attacks against civilians, and against its own peacekeepers. Bureaucracies linked to its hybrid UN-African Union status also proved a hindrance.

Amid waning international support for the mission – and US pressure to cut the peacekeeping budget – Unamid began drawing down its peacekeepers with a view to exiting in June 2020.

Though the mission was prolonged from June to December 2020, further extensions were ruled out by the transitional government, which includes military leaders who have long seen Unamid as a threat to Sudan’s sovereignty.

Luke Mhlaba, UNAMID’s chief of staff and most senior remaining official, told The New Humanitarian the mission’s closure was necessary: “I don’t see Unamid staying for another 20 years,” he said in El Fasher. “Ultimately, only the Sudanese can solve their problems.”

But the December decision was met with protests in displacement camps that are still dotted across Darfur, and was criticised by Sudanese rights groups and civil society organisations who say the root causes of conflict have not been addressed.

While large-scale conflict has receded, clashes between communities persist, rebel groups and Janjaweed-linked militias are still active and at least 1.5 million people remain in camps.

Many believe the mission should have been extended to help implement a landmark peace agreement last year between the government and rebel groups – from Darfur and elsewhere – and to help provide a semblance of security through Sudan’s rocky transitional process.

“Nobody wants Unamid to stay forever, but the timing is problematic,” said Abdalla Adam Khalid, the chancellor of Zalingei University in Darfur. “People in Darfur feel that the conflict is not yet settled.”