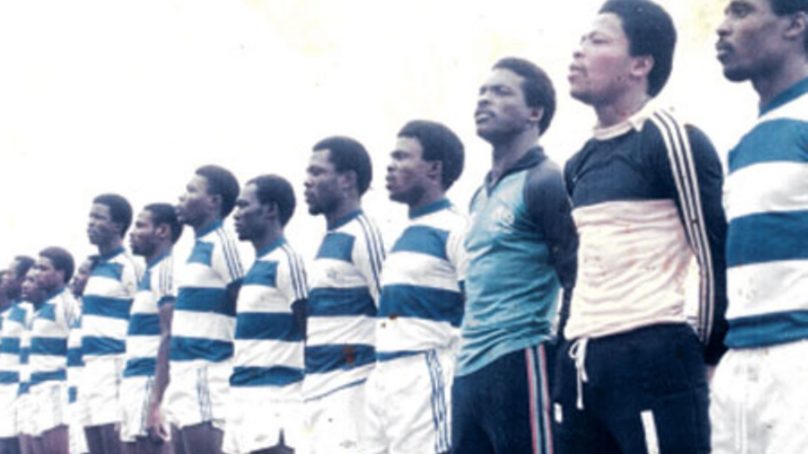 After AFC Leopards SC, one of Kenya’ most successful football clubs, was humiliated by a nondescript Bidco FC on May 30, the team’s supporters have expressed strong reservations about its current players and management’s commitment to success. “They fear success” is the refrain in every conversation.

Given its history as one of the most feared in Africa in years gone by, the fans aver AFC Leopards has either a serious dearth of desire to win and excel at the highest level, or lack the ethics and ambition that were once key to driving the team to success in Africa.

It is an undisputable fact for the period AFC Leopards has been in doldrums, the national team Harambee Stars has not been churning out good results.

There is a strong feeling that ambition and positive work ethics in the club have been sacrificed on the alter of cultism and grubbiness. Either way, there is consensus that ambition and self-belief are not the strongest points of the current squad of players, technical bench and management.

It is an assembly of drifters, fans aver. The drifters are governed by suicidal ambivalence, the fans who often resort a raft of social media platforms to vent their frustration, say.

The 3-1 hiding by Bidco, followed a lacklustre 1-0 against bottom team Mathare United and an uninspiring nil-all draw against another colourless team, Posta Rangers FC, in just a week illustrate the level of ‘suicidal ambivalence’ the fans are complaining about. If the past 10 years are anything to go by, when AFC Leopards, starts losing easy matches, it becomes a haemorrhage.

Predictably, the fans will resort to history to find inspiration in the oldest club in the Kenya Premier League.

Instructively, the downturn in performance after a promising start to the 2020-21 season coincides with the eighth anniversary of Francis Kadenge’s death. Like his father Joe Kadenge, Francis Kadenge was in the 1980s was synonymous with wing-play, explosive pace and hotshot. Odengo (dummy master) to his fans, Francis died in July 2013.

The legend espoused a simple work ethic: play to win, play to entertain, play to be happy, defend the club badge (or national flag) and make others happy. It was the driving philosophy of the team that in 1970s, 1980s and 1990s commanded the largest following in East and Central Africa after winning the Council for East and Central Africa Football Associations (Cecafa) title five times – three on the trot.

This is the story of Francis Kadenge’s life and AFC Leopards history, a story emblematic of a generation of Kenya’s footballers. Scarcely anybody can tell it better than his old friend Peter Lichungu and teammate, who shared the glories and failures of AFC Leopards with him.

“He was my age-mate; both of us were born in 1961. We also joined AFC Leopards in the same year – 1982,” Lichungu says. “Both of us were products of Bernhard Zgoll’s Olympic Youth Centres. Francis was based in Nairobi and I was in Kakamega, playing under Chris Makhoha. Francis went on to play for Maragoli United and Re-Union. He joined Leopards in January 1982 and I later that year.”

It was a steamroller of a machine guided by a small but tough Ugandan, coach Robert Kiberu. Kiberu cared little for finesse; all he wanted was results. He imposed a ruthless discipline and seemed possessed about achieving optimal physical fitness. There is nothing close to this in the current team. Fans are angry that the current squad is a bunch of rolling stones (that gather no moss).

Writing in the Daily Nation edition of January 31, 1983 before the Cecafa Club Cup final, I wrote: “This year, their capacity to win was even less doubtful. This was because of the formidable signings they called upon to bolster an already strong team. And unlike their rivals, they have a definite starting eleven.”

In the same report, I quoted a veteran player from one of Leopards’ rivals as saying this: “They put too much pressure on you until you crack.”

At that time, their eternal rivals, Gor Mahia were struggling with a curious affliction: beautiful play and few goals. But Leopards were firing them in big time; they became East and Central Africa Club champions that year and defended the title the following year.

“To sit on the bench was an achievement,” says Lichungu of the riot of talent that the club packed. “Many good players couldn’t find their way there.” But Francis wore the starting Number 7 shirt, the same one that his father, old Joe Kadenge, once wore for Kenya for a goodly 14 years beginning 1958. Such is who he was.

A forward line consisting of Francis Kadenge, Wilberforce Mulamba, Joe Masiga, Tony Lidonde and Mike Amwayi was frightfully efficient against opposing defences. And if behind this line was Abbas, Shilasi, Murila, Arieno and Lichungu, then you were in for a long afternoon. That line up packed speed, power and a voracious appetite for goals.

Francis Kadenge embodied all those attributes. But he had more. Remembered Lichungu: “Once we were playing Nzoia at Kanduyi. It was raining heavily. There were pools of water on the pitch, more so at the goalposts. Nzoia were stubborn and were holding out for a better part of the match, we did not know what to do with them. That was the opportunity for Francis to do the unexpected to break the stalemate.”

“Through the rain, he told a Nzoia defender that there was something wrong with the ball pressure. He said it with a child’s innocence. Wewe ishike na utaskia. (Just hold the ball and you’ll prove me right.” Astonishingly, the defender did as Francis had suggested – he lifted the ball in his own area to check. Penalty! And Francis duly slotted in the spot kick. The poor man spent the rest of the game chasing Francis in anger.”

But Francis was not through with his trickery. Late in the game and with the scores standing at 1-1 and the rain pounding the pitch, he collected the ball on his usual haunt to the right of the penalty area. “We all prepared to jump and head the cross but Francis smashed the ball against the pool of water,” says Lichungu. “The ball skidded awkwardly and into the net. Only Francis could conjure up something like that. He used to do the unexpected. We won that game 2-1.”

And Mahmoud Abbas, his goalkeeper, recalls, “Francis had a terrific right foot shot. He had pace. And he had endurance. Of course, his epic moment was 1983 when we beat Malawi’s Admark Tigers in Zanzibar to keep the Cecafa Club Cup forever. JJ scored our first goal and Francis scored the winning one. But Francis put in a stand-out performance, not just in the final but throughout the tournament. He went to where we shall all once go and I wish him a peaceful rest and God’s mercy.”