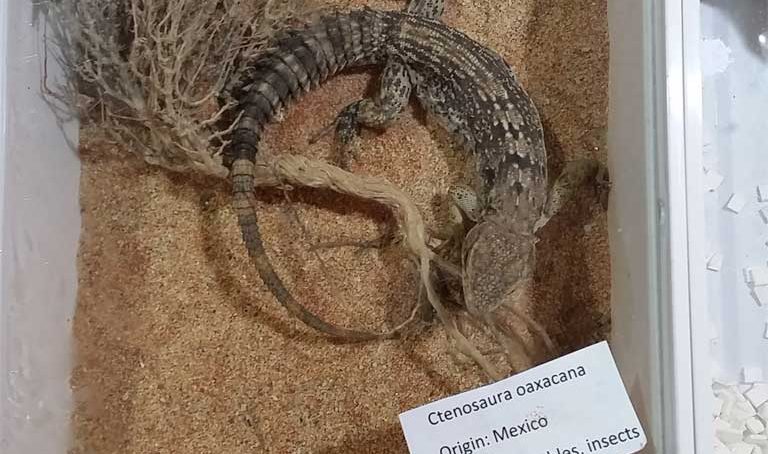 The descriptions and locations of new reptile species featured in scientific literature are frequently being used by traders to quickly hunt down, capture and sell these animals, allowing them to be monetised for handsome profits and threatening biodiversity.

New reptile species are highly valued by collectors due to their novelty, and often appear on trade websites and at trade fairs within months after their first description in scientific journals.

In the past 20 years, the Internet, combined with the ease and affordability of global travel, have made the problem of reptile trafficking rampant. Some taxonomists now call for restricted access to location information for the most in demand taxa such as geckos, turtles and pythons.

Once a new species has been given Cites protection (typically a lengthy process), traders often keep the reptiles in “legal” commercial circulation by making false claims of “captive breeding” in order to launder wild-caught animals.

“What happens when a new species of gecko is discovered? Two Germans grab their suitcases and get on a plane,” says Sandra Altherr, telling an in-house joke. Altherr is a co-founder of Pro Wildlife, a conservation NGO in Germany.

In the joke, the anonymous men with suitcases are reptile traders. Their objective is to get hold of the new species as quickly as possible and sell it to collectors. A single lizard, turtle or snake can fetch hundreds, even thousands of dollars.

How do the traders know where to go? And why are Germans the butt of the joke?

“Traders follow scientific literature, scanning it systematically, looking for new species,” says Altherr. A longstanding scientific convention helps their search: journals not only require a description of each new species found, but typically include the location where it was discovered.

In addition, few know that Germany is a superpower in the reptile trade. “We have had the tradition of reptile keeping since the start of the nineteenth century,” explains Altherr. “The problem became huge over the last 2 or 3 decades. With technology and globalization, nature became available and accessible, and the Internet helps traders to get organized, to get in touch.”

Mitchell’s rattlesnake (Crotalus mitchelii) from the southwestern US and northern Mexico on sale at Terraristika, the world’s largest reptile fair held in Hamm, Germany. An incredible variety of reptile species is on sale at Terraristika where reptile collectors often come to pick up orders, they make online. Image courtesy of Handout.

The world’s largest reptile fair, known as Terraristika, is held four times a year in the German city of Hamm. Altherr says that you can find “everything” on sale there. Terraristika is also where collectors come to pick up the reptiles they ordered online.

Alice Hughes, a research professor at Xishuangbanna Tropical Botanical Garden, the Chinese Academy of Sciences, co-authored a recent study analysing the online reptile trade. “We scraped the Internet for all the major reptile selling sites,” she says. “The results were staggering; 36 per cent of all reptile species, [nearly] 4,000, were in trade. That included a lot of newly described species. There was clearly a drive for novelty — 137 species of reptiles that have been described since the 2000s were in trade.”

The data collected by Hughes and her team showed how quickly traders responded to scientists’ work. Newly described species appeared in catalogues within months of their first mention in scientific publications.

For example, the Takou marbled gecko (Gekko takouensis), from central Vietnam was discovered in 2010; it became available to collectors the same year. The Persian striped skink (Eumeces persicus), discovered in 2017 in Iran, was on sale within three months. And it took collectors just a few months to locate, capture and put up for sale several new species of Uroplatus Madagascar leaf geckos.

A lot of gecko species are in trade because of their beautiful coloration and morphology, explains taxonomist Yang Jianhuan, Senior Conservation Officer at Kadoorie Farm and Botanic Gardens in Hong Kong.

“How did it make me feel? Of course, I was very upset! It felt terrible seeing them on sale,” recalls Yang.

As a result, he decided not to publish location data when he described another Goniurosaurus species in 2015. “I knew: if I publish the exact location again, people will go look for it. I don’t want traders to use my information.” The paper where the species was described, published in the journal Zootaxa, mentions the location only as: “available on request, for fellow scientists.”

When mentioning a location, Yang says, even listing the name of a village is risky, let alone publishing precise coordinates: “Geckos’ habitat is karst caves. You just go to that village and ask, ‘where is a cave around here?’”

Karst landscape in southern China. Habitats of many species, reptiles included, may be limited to a single karst cave or hill, endangering the species at the moment of its description (and identification of its location) in the scientific literature. Image by Yang Jianhuan.

Altherr explains that traders don’t necessarily go to find the caves themselves: “They use couriers, sometimes Germans, sometimes students from those countries who study in Germany. Couriers then go to local people, and say, ‘These are the animals we want to find.’”