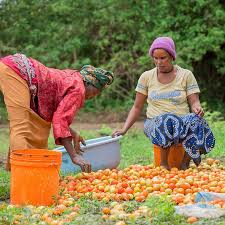 Dar es Salaam says it will use the loan to build rural infrastructure to boost economic opportunities and improve access to social services for more than 900,000 people.

The Fourth Tanzania Poverty Reduction Project, as it is known in government development plans, will be undertaken in the Arusha, Mwanza, Geita and Simiyu regions in northern Tanzania and Njombe region in the south.

The selected regions are some of the densely populated parts of the country that makes up more than a third of East African Community economic bloc.

Although Tanzania has made progress in reducing poverty over the past decade, around 26 million people – close to half the total population – live on less than US$1.90 per day.

The Tanzanian government has launched a number of programmes to tackle poverty, including setting up social safety net initiatives that kicked off in the first three phases – also co-financed by the Opec Fund – of the new project.

Phase four will consists of building infrastructure for education, health, water, agriculture and transportation and create income-generating activities in animal husbandry and vegetable growing, in addition to employment opportunities.

Opec Fund Director-General Abdulhamid Alkhalifa said of the agreement, “The Opec Fund has been committed to helping Tanzania reduce poverty and improve socio-economic conditions for many years. The loan will help communities to help themselves by building capacity, strengthening food security and household incomes, and improving access to social amenities.”

Mr Alkhalifa pledged to enhance Opec Fund’s “strong partnership with Tanzania and look forward to seeing more progress on key development indicators in the near future.”

The Opec Fund and Tanzania have had a development partnership for the past 45 years. During the period, the organisation committed more than $370 million for 38 public sector operations (including the present project) across a slew of sectors.

Transport sector has been getting Opec Fund support over the past four decades. A recent $26 million commitment from the organisation is financing Kazilambwa-Chagu Road Upgrading Project.

The road is part of the 1,260 kilometre east-west corridor that links Tanzania’s two major ports of Dar es Salaam in the east to Kigoma in the west.