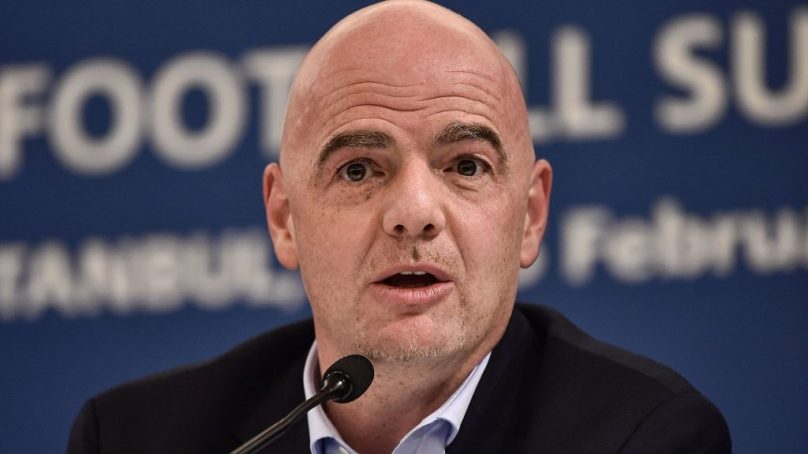 A new Fifa regional development office has been inaugurated in Brazzaville, the capital city of the Republic of the Congo.

The inauguration of the new office is a statement of Fifa’s commitment to supporting member associations in the delivery of infrastructure, competitions, development and education projects, Fifa President Gianni Infantino explained.

Infatino’s trip to Brazzaville included separate meetings with President Denis Sassou Nguesso of the Republic of the Congo, the Minister for Sports Hugues Ngouélondélé and President of the Congolese Football Association (Fecofoot) Jean-Guy Mayolas.

“It is very important for Fifa to be present here today to listen to our member associations in central Africa and work together,” the Fifa chief said at the inauguration.

Infantino said further, “We are doing this with the Fifa Forward programme that helps member associations. The investment has been multiplied by five since I arrived at Fifa. We are here today with the staff of our regional development office to help the member associations, also together with CAF, to work hand-in-hand to tackle the challenges we face in the region.”

“We increased the number of African national teams eligible to qualify for the Fifa World Cup in 2026 from five to nine or ten. So, there is work to be done so that African teams don’t just participate in the Fifa World Cup 2026, but shine there,” he added.

“Fifa wants to see African football reach the highest of heights and we are certain that our network of regional offices will complement the work already underway to elevate African football.”

In 2017, Fifa took the decision to establish Fifa Regional Development Offices around the world in order to better serve its member associations and to be closer to their needs. Four of these offices are located in Africa: Dakar in Senegal, Johannesburg in South Africa, Brazzaville in the Republic of the Congo and Kigali in Rwanda.

Following the official ceremony, Fifa President met with the Fifa team working at the regional office located in the same building as Fecofoot. The team has been operational since November 2020, but due to the global Covid-19 pandemic, the office could not be officially inaugurated until today.

Prior to the inauguration, the Fifa President met with Hugues Ngouélondélé, Minister for Sport, to discuss how to elevate African football to the highest levels on the world stage, before a second meeting took place at Brazzaville International Airport with President of the Republic of the Congo, Denis Sassou Nguesso.

Discussions with the Republic of the Congo’s head of state focused on the opening of the Fifa Regional Development Office in Brazzaville and the important role that football plays in the country and across the region, as well as the recent success of the men’s national football team, the Red Devils, who reached the quarter-finals of last month’s CAF African Nations Championship (CHAN).

“Today’s meeting with President Sassou Nguesso was extremely positive and we are delighted with the strong support both he, and the government of the Republic of the Congo, has provided to this new facility,” the FIFA President said. “Passion for football is very strong here, and we hope to encourage and develop the game even further through our new office.”

“On November 29, 2019, during your first visit, Fifa and the Republic of the Congo government agreed to build in Brazzaville – historic capital of African Olympism – the Fifa Regional Development Office for Central Africa,” said Fecofoot President Jean-Guy Mayolas.

“On behalf of my colleagues, my fellow presidents of the federations of central Africa, I express all our gratitude. We can now say, that we are closer to Fifa and our various projects will be better managed and will have a happy outcome, for the positive development of football in Central Africa. This is proof that Africa is your favourite land and it is also proof of your commitment to support African football, which was a commitment you made during your election campaign to Fifa,” Mayolas said.