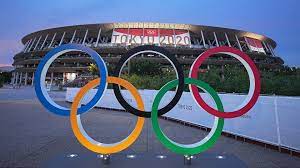 Elite sport demands superlatives. Whether it be the fastest, the furthest, the highest, the longest; the very purpose is to find a place in the extremities of history.

Before the torch has even been lit, the XXXII Olympiad has succeeded in finding its transcendence. Tokyo 2020 is certain to be the strangest Olympics yet.

The clue is in the name itself. Despite the year’s delay because of the pandemic, and the fact we are now more than halfway through 2021, these Games will belong to 2020.

The nomenclature is secondary, though, to the essence of what will make it all so unusual and unprecedented.

It’s the fact there will be no fans, no flag-waving, foam hand-wielding explosions of joy, street parties or local fanfare to make the city come to life that mean we can already say for certain these will be a Games like no other.

There is an argument to be made, and a convincing one, that this anomaly will make the Tokyo Olympics all the more compelling, all the more watchable.

Whatever your thoughts on whether the competition should be going ahead during a state of emergency in the city, who will be able to resist at least a curious look at an Olympic Games stripped bare? Come for the morbid fascination, stay for the records, if you will.

The Olympics, arguably even more than any other sporting competition, feeds off and holds a mirror to the travelling supporters.

Unlike with team sports where we build allegiances and alliances week after week, we often know very little about our Olympians until they are draped in an oversized flag by a family member, or kiss a proud, emotional fiancée.

The sight of their celebrating loved ones in the very same moment the athlete is realising the magnitude of a gold medal, gives us a window into those years of sacrifice, lived and supported by a whole team of nearest and dearest.

Without that spectacle, we will be left with the champions themselves, all but alone with their emotions, the spotlight solely on them. It will be a study in the singularity of exceptional achievement.

For all the solidarity and backing of an external network, each Olympic result is, after all, an entirely individual endeavour. The athlete, alone, bears the pressure of performing on the biggest stage of them all.

Now, we will clearly see the individuality of that achievement for what it is. Then there are the anonymous fans whose presence is felt not in their role in an individual story but in the momentum and sense of occasion they bring to a Games.

What will the 100 metres final be without the mass swell of a hush in the seconds before the starter’s pistol, shattered into tens of thousands of thundering tiny pieces as the crack hits the air? Will the race be just as exciting? What impact, if any, could it have on times?

One of the most powerful sporting experiences I have ever enjoyed was on a balmy, perfect Saturday night in London when the collective roar of 80,000 people felt like a physical hand on the back of Mo Farah, a moving wall of noise sweeping behind, pushing him to the line and a place in history.

I have never felt so certain of an outcome in advance, because of the almost tangible force of collective will. That, and dedication, sacrifice and years of hard work, yes. But in that moment, it was as though Farah was crowd-surfing to gold.

The lack of fans could even the playing field. Those who have experienced and excelled at Olympic Games before often say their advantage is in knowing how to shut out the noise, how to deal with the visible and audible magnitude of the stage.