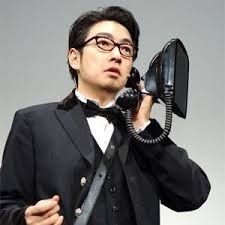 The Tokyo Olympic organising committee has fired the director of the opening ceremony because of a Holocaust joke he made during a comedy show in 1998.

Kentaro Kobayashi was accused of using a joke about the Holocaust in his comedy act, including the phrase “Let’s play Holocaust.”

The dismissal of Kobayashi is the latest in a series of embarrassments for the Tokyo organiser. It comes just days after a well-known musician was forced to step down as composer for the ceremony after old reports of his bullying and abusive behaviour surfaced, Reuters reports.

According to a British newspaper Metro, organising committee president Seiko Hashimoto confirmed, “We found out that Mr Kobayashi, in his own performance, has used a phrase ridiculing a historical tragedy. We deeply apologise for causing such a development the day before the opening ceremony and for causing troubles and concerns to many involved parties as well as the people in Tokyo and the rest of the country.”

The opening ceremony of the pandemic-delayed Games is scheduled for Friday night. The ceremony will be held without spectators as a measure to prevent the spread of coronavirus infections, although some officials, guests and media will attend.

Earlier this week, composer Keigo Oyamada, whose music was expected to be used at the ceremony, was forced to resign because of past bullying of his classmates, which he boasted about in magazine interviews. The segment of his music will not be used.

Earlier this year, the head of the Tokyo 2020 organising committee resigned after making sexist remarks, and the Tokyo Olympics creative head followed after he made derogatory comments about a popular Japanese female entertainer.

Tokyo Games organisers fired Kentaro Kobayashi over a joke he made about the Holocaust as part of a comedy act in the 1990s that recently resurfaced in domestic media.

“I offer my deep apology for causing trouble and worry for many people concerned as well as Tokyo residents and Japanese people when the opening ceremony is almost upon us,” said a sombre Seiko Hashimoto, who heads the organising committee.

Earlier, the Simon Wiesenthal Centre, an international Jewish human rights organisation, released a statement saying Kobayashi’s association with the Olympics would “insult the memory” of the six million Jewish people who perished in the Holocaust.

Kobayashi apologised for his past comments in a statement.