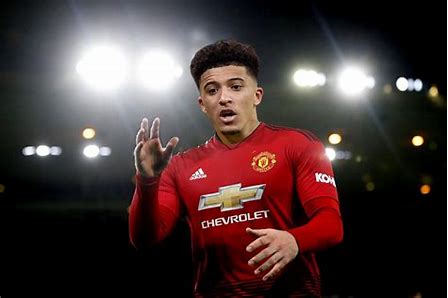 Ole Gunnar Solskjaer is adamant a Manchester United forward labouring in Cristiano Ronaldo’s shadow will come good, though his impact may not be as immediate as many hoped.

The return of Ronaldo to Old Trafford has given the club and fans alike a noticeable jolt. Any fears of Ronaldo’s signing being more for show have already been allayed. After just three matches, Ronaldo has already notched four goals and looks like producing every time when found in and around the box.

But while results have thus far been encouraging, Jamie Carragher voiced his concerns that Ronaldo’s return will stifle the likes of Paul Pogba and Jadon Sancho. In Sancho’s case, the England winger was expected to make an immediate impact after his superb stint with Dortmund.

But in admittedly early days, his attacking influence thus far has been negligible. Indeed, Solskjaer opted to rotate Sancho out of the starting eleven for their trip to West Ham on Sunday.

Explaining the decision, the Norwegian said (via the Metro): “Jadon’s [Sancho] started the Tuesday game and we found the decision better to leave him here now and the chance to come on and make a difference if we need him to.”

Sancho did come on off the bench, but it was fellow forward Jesse Lingard who stole the show in the 2-1- win against Westham United.  Ronaldo scored the first goal. And Solskjaer’s further comments prior to Sunday’s victory over the Hammers suggest expectations for Sancho should be tempered this season.

“I think you’re right, both with Raphael Varane and Cristiano coming in, that takes a little bit of pressure off a young man,” Solskjaer told Sky Sports.

“We knew his talent and we signed him with the thought that we are going to have a top forward here for the next 10 or 12 years. Jadon’s finding his feet. It’s unfortunate that he fell ill just when he was going to come in, so he was out, and he lost a bit of pre-season. But he is working hard and he will be good.”

Solskjaer hit back at Ferdinand, insisting that Jones has worked hard to try to shake off his injury nightmare. As a result, Ferdinand apologised and admitted that he realised the adversity the defender has faced after speaking to United insiders.

But Jones told United’s official podcast that the injury struggles were “the lowest I probably ever felt in my life”. He added that he found it “tough” to watch any football because he felt “stuck”.

In another interview with The Sunday Times, Jones hit back at his former team-mate Ferdinand for his comments. “Listen, the respect I’ve got is enormous,” the defender said.

“I’ve shared a dressing room with Rio, great professional. Loved playing with him. Great lad, good humour. Learnt so much off him. But what he said was poor. Really poor. I’m not into disputes, not into arguments, and if he didn’t know, he didn’t know.”