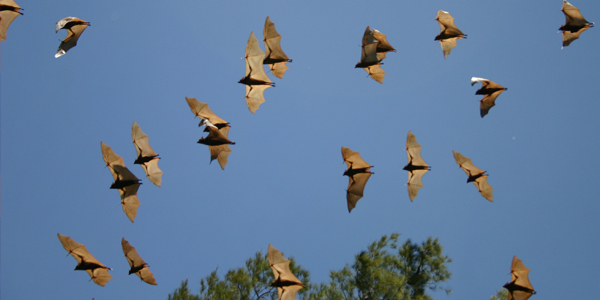 For several weeks in March, Arinjay Banerjee would eat breakfast at 6am and then drive the empty roads of Toronto to a restricted-access lab. Then he’d ready himself for work, donning three layers of gloves, a helmeted mask kitted with an air-purifying respirator, and a surgical-style gown.

The interlocked doors and special filtered ventilation system of the lab, fitted with alarms should air circulation malfunction, are designed to stop outward air flow. After eight hours at the bench, Banerjee would put aside his scrubs and boot covers for sterilization, change out of his work sneakers and return to a basement apartment in the home of a colleague.

The stringent conditions in that Toronto lab — only one level below the most secure in the biosafety hierarchy — were crucial. Banerjee, a virologist, was on a team working to isolate the SARS-CoV-2 virus from one of the first patients in Canada. As the pandemic unfolded, he almost felt safer suited up in the containment lab than he did when out in the world.

The team was pushing to isolate the virus so they could get a jump on vaccine development. Banerjee was the bat guy. He had expertise in biosafety lab work and experience in isolating dangerous pathogens. He had studied how bats interact with viruses like the one that causes MERS, one of hundreds of coronaviruses that the mammals can harbour.

Bats have become newly infamous as reservoirs of deadly viruses. In addition to hosting an ancestral version of the MERS virus, which has caused repeated outbreaks in people, bats also harbour very close relatives of the ones that caused the 2003 SARS outbreak and today’s Covid-19 pandemic.

They are natural hosts for Hendra, Nipah and Marburg viruses — all of which can be deadly in people — and they are the suspected reservoir of the Ebola virus that has killed thousands in multiple outbreaks in Africa.

Bats can also host a diverse range of influenza viruses as well as relatives of the human-infecting hepatitis C virus. And research suggests that some viruses that today infect only people, like measles and mumps, had their evolutionary origins in bats.

Graphic shows natural and intermediate hosts for 7 coronaviruses, 6 of which are known to infect humans. For example, HCoV-229E came from bats; camelids are the likely intermediates. HCoV-OC43 came from rodents and jumped to cattle; SARS-CoV-1 jumped from bats to civets; MERS-CoV and SADS-CoV have bat origins and jumped to dromedaries and pigs respectively.

This table, published in early 2019, laid out the origins of coronaviruses that were known to infect people or were deemed a risk for doing so. (SARS-CoV-2, the virus behind the Covid-19 pandemic, had not yet entered the scene.) Some transmission events from the original host to an intermediate or human host are long in the past; MERS-CoV, for example, appears to have jumped from bats to dromedary camels at least 30 years ago and HCoV-NL63, which typically sickens young children and elderly or immunocompromised adults, is thought to have circulated among people for centuries. Others are newer: Swine acute diarrhoea syndrome (SADS) was first detected in piglets in late 2016 and a human infection has not yet been documented. Both HCoV-OC43 and HCoV-HKU1 have rodent origins and usually cause harmless colds in people, as does HCoV-229E, which originated in bats.

Yet despite the long list of bat-dwelling viruses, the animals don’t seem to be bothered by their many invisible inhabitants. And scientists want to know why. Today, a growing number of them suspect that the key lies in special features of the bat immune system — ones that spark responses to viral invasion that are very different from what goes on in people.

Of course, many viruses exist in wildlife, often causing little harm to their natural hosts and only making trouble for us when they manage to jump to human beings or other creatures with which they don’t share a long evolutionary history. Ducks and other water birds muck about while carrying myriad strains of influenza A; pigs aren’t fazed by hosting hepatitis E. But bats appear to be special, if only in the number of high-profile viruses that they carry and appear to tolerate.

Before Covid-19 came along, scientists already were piecing together some of the peculiarities of the bat-virus relationship. That research has taken on new urgency. And it raises an intriguing possibility. If we better understand how bats tolerate their viral passengers — by stepping up activity of one immune protein, say, or dialling down activity of another — we might better understand how viral infections proceed in people. That, in turn, might point to treatments that could make infections in people less severe.

“Rather than trying to reinvent the wheel, we could learn from what evolution has developed in a bat, where the outcome is not disease but it’s something that enables survival upon infection with a particular virus,” says cellular immunologist Judith Mandl of McGill University in Montreal. “If we figure that out, then maybe we can apply the same principles and modulate the immune response in humans.”

Many viruses that spill over from non-human animal hosts can cause serious and sometimes fatal illnesses in people, as illustrated by this non-exhaustive list. The original animal hosts often tolerate their viruses, showing little or no signs of disease. Scientists are trying to understand why viruses are tolerated by their natural hosts and what factors make them more likely to jump to new ones.

The impressive ability of bats to ward off disease has long been remarked upon. A 1932 scholarly note on fruit bats in Australia states, “No reliable evidence of the occurrence of epidemics among the fruit-bat population was discovered.” And a 1957 paper on the south-eastern myotis bat notes that “disease is apparently unimportant…. During the course of this study, which involved observations on over a million bats in every known cave colony in Florida, I have never found a dead bat, and have seen only one which appeared diseased.”

Certainly, bats in the United States are in trouble today: The Eurasian fungus behind white nose syndrome has been killing large numbers of many bat species for more than a decade. But with few exceptions — including rabies and the more obscure Tacaribe virus — when bats get infected with viruses, they don’t appear to get sick.

“There seems to be no pathology associated with these infections — no clinical signs associated. They can remain in good health and display no discernible signs of disease,” says Raina Plowright, an infectious disease ecologist and wildlife veterinarian at Montana State University in Bozeman who co-authored a new review on bats and viruses.