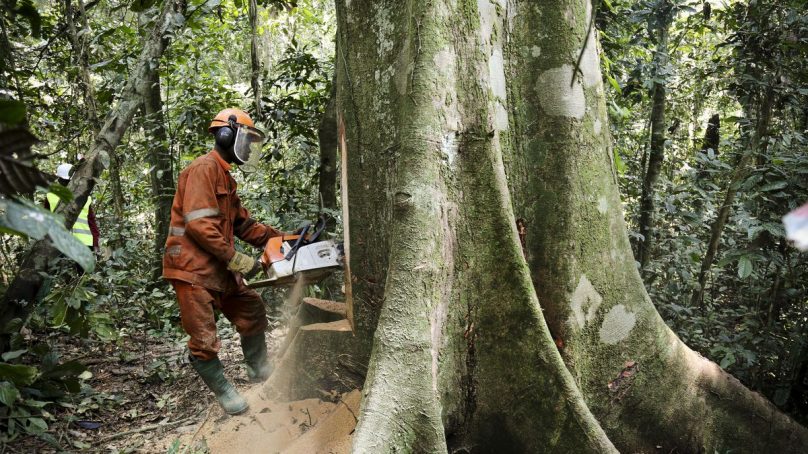 When it comes to removing human-caused emissions of the greenhouse gas carbon dioxide from Earth’s atmosphere, trees are a big help. Through photosynthesis, trees pull the gas out of the air to help grow their leaves, branches and roots. Forest soils can also sequester vast reservoirs of carbon.

Earth holds, by one estimate, as many as three trillion trees. Enthusiasm is growing among governments, businesses and individuals for ambitious projects to plant billions, even a trillion more. Such massive tree-planting projects, advocates say, could do two important things: help offset current emissions and also draw out carbon-dioxide emissions that have lingered in the atmosphere for decades or longer.

Even in the politically divided United States, large-scale tree-planting projects have broad bipartisan support, according to a spring 2020 poll by the Pew Research Center. And over the last decade, a diverse garden of tree-centric proposals – from planting new seedlings to promoting natural regrowth of degraded forests to blending trees with crops and pasturelands – has sprouted across the international political landscape.

Trees “are having a bit of a moment right now,” says Joe Fargione, an ecologist with The Nature Conservancy who is based in Minneapolis. It helps that everybody likes trees. “There’s no anti-tree lobby. [Trees] have lots of benefits for people. Not only do they store carbon, they help provide clean air, prevent soil erosion, shade and shelter homes to reduce energy costs and give people a sense of well-being.”

Conservationists are understandably eager to harness this enthusiasm to combat climate change. “We’re tapping into the zeitgeist,” says Justin Adams, executive director of the Tropical Forest Alliance at the World Economic Forum, an international nongovernmental organisation based in Geneva. In January 2020, the World Economic Forum launched the One Trillion Trees Initiative, a global movement to grow, restore and conserve trees around the planet.

One trillion is also the target for other organisations that coordinate global forestation projects, such as Plant-for-the-Planet’s Trillion Tree Campaign and Trillion Trees, a partnership of the World Wildlife Fund, the Wildlife Conservation Society and other conservation groups.

Forests store carbon aboveground and below. That carbon returns to the atmosphere by microbial activity in the soil, or when trees are cut down and die.

Yet, as global eagerness for adding more trees grows, some scientists are urging caution. Before moving forward, they say, such massive tree projects must address a range of scientific, political, social and economic concerns. Poorly designed projects that don’t address these issues could do more harm than good, the researchers say, wasting money as well as political and public goodwill.

The concerns are myriad: There’s too much focus on numbers of seedlings planted, and too little time spent on how to keep the trees alive in the long term, or in working with local communities. And there’s not enough emphasis on how different types of forests sequester very different amounts of carbon. There’s too much talk about trees, and not enough about other carbon-storing ecosystems.

“There’s a real feeling that … forests and trees are just the idea we can use to get political support” for many, perhaps more complicated, types of landscape restoration initiatives, says Joseph Veldman, an ecologist at Texas A&M University in College Station. But that can lead to all kinds of problems, he adds. “For me, the devil is in the details.”

The pace of climate change is accelerating into the realm of emergency, scientists say. Over the last 200 years, human-caused emissions of greenhouse gases, including carbon-dioxide and methane, have raised the average temperature of the planet by about one degree Celsius.

The litany of impacts of this heating is familiar by now. Earth’s poles are rapidly shedding ice, which raises sea levels; the oceans are heating up, threatening fish and food security. Tropical storms are becoming rainier and lingering longer and out of control wildfires are blazing from the Arctic to Australia.

The world’s oceans and land-based ecosystems, such as forests, absorb about half of the carbon emissions from fossil fuel burning and other industrial activities. The rest goes into the atmosphere. So “the majority of the solution to climate change will need to come from reducing our emissions,” Fargione says.

To meet climate targets set by the 2015 Paris Agreement, much deeper and more painful cuts in emissions than nations have pledged so far will be needed in the next 10 years. We invest a lot in tree plantings, but we are not sure what happens after that.

But increasingly, scientists warn that reducing emissions alone won’t be enough to bring Earth’s thermostat back down.

“We really do need an all-hands-on-deck approach,” Fargione says. Specifically, researchers are investigating ways to actively remove that carbon, known as negative emissions technologies. Many of these approaches, such as removing carbon-dioxide directly from the air and converting it into fuel, are still being developed.

But trees are a ready kind of negative emissions “technology,” and many researchers see them as the first line of defence.

In its January 2020 report, CarbonShot, the World Resources Institute, a global non-profit research organisation, suggested that large and immediate investments in reforestation within the United States will be key for the country to have any hope of reaching carbon neutrality – in which ongoing carbon emissions are balanced by carbon withdrawals – by 2050.

The report called for the US government to invest $4 billion a year through 2030 to support tree restoration projects across the United States. Those efforts would be a bridge to a future of, hopefully, more technologies that can pull large amounts of carbon out of the atmosphere.

Earth’s forests absorb, on average, 16 billion metric tonnes of carbon-dioxide annually, researchers reported in the March Nature Climate Change. But human activity can turn forests into sources of carbon: Thanks to land clearing, wildfires and the burning of wood products, forests also emit an estimated 8.1 billion tons of the gas back to the atmosphere.

Forests in Southeast Asia now emit more carbon than they absorb due to clearing for plantations and uncontrolled fires. The Amazon’s forests may flip from carbon sponge to carbon source by 2050, researchers say. The priority for slowing climate change, many agree, should be saving the trees we have.