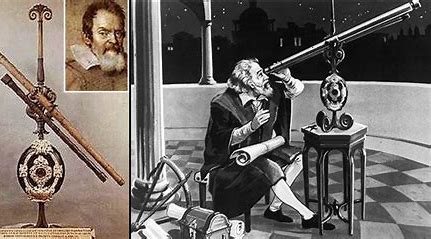 Late in August 1609, the Italian astronomer Galileo Galilei wrote excitedly to his brother-in-law, relating the fast-moving events of that summer. A few weeks earlier, Galileo had heard rumours that a spyglass had been invented in Flanders (now part of Belgium).

He quickly produced an improved version, setting off a new wave of rumours. Soon, the Venetian senate called on him to demonstrate his device.

Galileo boasted to his family about the “numerous gentlemen and senators” who had “scaled the stairs in the highest campaniles in Venice to observe at sea sails and vessels so far away that … two hours or more were required before they could be seen without my spyglass.”

The senate voted immediately to grant Galileo an appointment for life at the University of Padua in Italy, with an annual salary of 1,000 florins – back when 1,000 florins really meant something.

Galileo was only getting started. Turning his new telescope towards the heavens, he discovered (among other things) four moons orbiting Jupiter. Craftily, he named them the Medicean Stars in honour of Cosimo II de’ Medici, the grand duke of Tuscany.

The gambit worked: within a year of that letter about his Venetian success, Galileo had landed an even larger salary (and shed his teaching duties) as the official natural philosopher of the Medici court in Florence.

Galileo had a knack for convincing government officials and courtly patrons to support his research. Tracing his exploits, as he darted from one benefactor to the next, we might recognise glimmers of today’s enterprising scientists. A good 250 years after Galileo’s time, however, a rather different relationship between government and science began to take hold.

Just when astronomer Norman Lockyer was founding Nature in 1869, major shifts in the government – science nexus were unfolding across many parts of the world.

During the middle decades of the nineteenth century, the British Empire swelled to include about one-quarter of Earth’s land and to hold dominion over nearly one-quarter of its population. At this time, several prominent British politicians – including former and future prime ministers – sought to boost the fortunes of science and technology.

In the 1840s, Robert Peel, Benjamin Disraeli, William Gladstone and others donated funds from their own coffers to help found the Royal College of Chemistry, convinced that focused research in this field would benefit the nation and its imperial ambitions.

By the 1860s, many researchers were hard at work formalising such arrangements. Construction began on a spate of laboratories at universities throughout the United Kingdom, each built on the promise that precision measurements of physical quantities could advance fundamental scientific understanding and spur industrial development.

Electrification, telegraphy, the expansion of railways and large-scale production of steel were the signature developments of an era often called the second industrial revolution, which began around 1870. Each demanded standard units and measures. New synergies emerged as leading researchers, including James Clerk Maxwell and William Thomson (later Lord Kelvin), plied their understanding of electromagnetism and thermodynamics as members of high-level government commissions, aiming to tackle the challenges of transatlantic communications, electrical standards, ocean navigation and steam power.

In some ways, the British were playing catch-up. Since the mid-nineteenth century, local universities throughout the German-speaking states had been recruiting academic talent in contests for prestige – latter-day Galileos were snatched up by government-funded institutions.

The pattern escalated rapidly after the Prussian defeat of France and the establishment of a unified Germany early in 1871. Under a centralised education ministry and with even grander ambitions for rapid industrialisation, the German government invested heavily in academic research across the natural sciences.

Even amid such support, however, leading industrialists such as Werner von Siemens feared that Germany was losing its edge. Concerted lobbying led to the establishment of a new government-funded institution in 1887: the Physikalisch-Technische Reichsanstalt in Berlin.

Headed by the physicist Hermann von Helmholtz, its mandate was to accelerate work at the intersection of basic science, applied research and industrial development. Within a few years, pioneering efforts there to evaluate competing proposals for large-scale street lighting – which required careful measurements of the radiation output from various devices – yielded such precise recordings of the spectrum of blackbody radiation that prevailing physical theories could no longer accommodate the data.

Meanwhile, a different war with Prussia triggered significant changes in government and science to the east, when the Austro-Hungarian empire formed in 1867. Very quickly, the imperial authorities launched epic efforts in meteorology and climatology. The aim was to create extended institutional networks that might foster a new, common sense of purpose across the hotchpotch of local legal, religious and linguistic traditions.

Universities, museums and other government-supported institutions began to collect and standardise weather recordings, with a goal of understanding how local patterns related to larger-scale phenomena. The imperative to unify the far-flung empire catalysed cutting-edge research on such modern-sounding concepts as regional interactions and interdependencies across scales from microclimates to continents.

By that time, Tsar Alexander II in Russia was busy pursuing a modernisation project of his own. Beginning in 1861, he issued a series of proclamations that came to be known as the Great Reforms. Emancipating the serfs was followed quickly by overhaul of the state-run universities, as well as changes to regional governments and the judicial system.

The vast bureaucracy that was created meant new opportunities for ambitious intellectuals, including chemist Dmitrii Mendeleev. After two years of study in Heidelberg, Germany, Mendeleev returned to his native St Petersburg in 1861 to teach chemistry at the local university. He published his now-famous version of the periodic table of the elements in 1869, the same year that Nature was launched.

The next steps in Mendeleev’s remarkable career are emblematic of the expanded roles of science and technology in the era. Before long, he was consulting for the Ministry of Finance and the Russian Navy, ultimately serving as director of the country’s Chief Bureau of Weights and Measures, in which capacity he helped to introduce the metric system in Russia.

Aging and rejuvenation: It’s probably not a single factor that wastes, revives tissues