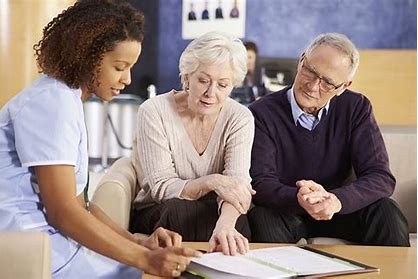 Aging and rejuvenation: It’s probably not a single factor that wastes, revives tissues

Conceptually, the therapeutic strategies of two front-runner start-ups – Elevian and Alkahest – could not be further apart. On the one extreme is Elevian’s reductionist approach, which attempts to recapitulate the benefits of young blood through supplementation with a single pro-youthful factor.

On the other is Alkahest’s plasma formulations, created by pooling blood from multiple young donors and then sorting the contents to remove unwanted immune molecules.

A company called Nugenics Research has its own proprietary plasma-derived product, termed Elixir, in development as well.

Neither strategy is necessarily ideal from a scientific perspective, experts say. One may be too simplistic, the other too complex.

Robbins discusses another hot area of anti-aging research, one that involves purging the body of dying “senescent” cells, in the 2021 issue of the Annual Review of Pharmacology and Toxicology.

“It’s going to have to eventually be a cocktail of things that people take,” he says – but finding the ingredients that should go into that cocktail, and then creating relevant therapeutics, remains a tall order.

Several blood-borne proteins have been implicated in the aging process. And it’s unclear which, if any, of these pro-aging factors or youth-associated factors can be blocked or activated, respectively, in ways that can safely stem the cellular march of time in our bodies.

Many of those same factors may also counteract each other when combined, or confer unwanted side effects, especially when given over a prolonged period. That’s a concern when administering ill-defined soups of plasma proteins, as is the case with Alkahest’s plasma preparations, which contain over 400 such constituent parts.

“It’s surprising that, in a time when you can actually develop really precise technologies, you would just use crude preparations,” says Dmytro Shytikov, an immunologist at Zhejiang University’s international campus in Haining, China, speaking of plasma-based products in general.

In their defence, Alkahest executives point to early clinical data that hint at potential therapeutic benefits of the company’s plasma-derived products. Although the trials to date have been small and not always placebo-controlled, those studies suggest that people with Alzheimer’s and Parkinson’s who received the plasma preparations seemed to experience some positive cognitive effects.

Efforts to harness the anti-aging effects seen in parabiosis experiments have focused on plasma, which makes up 55 per cent of blood by volume. A pale, yellowish fluid, plasma carries blood cells along with a sea of proteins, nutrients, vitamins, minerals and hormones throughout the body.

Hedging its bets, though, Alkahest (now a subsidiary of the Spanish pharma company Grifols after a $146-million buyout last year) is also advancing a more conventional therapeutic substance alongside its plasma extracts. Based on results in mice from Wyss-Coray and Villeda that an immune signalling molecule found circulating in old blood contributes to impaired learning and memory, the company designed a twice-a-day pill that blocks one of this molecule’s key receptors. That drug has shown early promise in people with age-related macular degeneration, a leading cause of blindness. A trial is ongoing for people with Parkinson’s, too.

Elevian is still a couple years away from testing its lab-grown version of GDF11 in human trials, but CEO Mark Allen remains confident in the company’s single-factor approach. While combinations of pro-youthful agents might be preferable, he acknowledges, “there’s nothing that’s been found that’s as potent in its effects as GDF11.”

In rodent models at least, he says, the protein by itself can restore a youthful pattern of blood vessels in the brain following a stroke as well as promote improvements in motor control and other physical functions. Elevian raised $15 million last year to advance the therapy further.

Irina and Michael Conboy initially tried taking the reductionist drug development approach of Wagers and others. They identified two biochemical pathways implicated with aging, pharmacologically recalibrated both in old mice, and found that the animals’ brains, livers and muscles showed signs of rejuvenation.

But a more rudimentary intervention they tried did better still: In a series of experiments that inspired the Russian biohackers, the Conboys simply replaced half of the animals’ plasma with saline. (They, like the biohackers, also added back albumin, a protein essential for maintaining the proper fluid balance in the blood.)

The dilution of pro-aging factors proved sufficient to activate a series of molecular changes in the mice that unleashed age-defying factors, leading to cognitive improvements and reduced inflammation in the brain, the Conboys found.

Although other researchers saw many of the same effects when they administered young blood to mice, Irina Conboy suspects that those benefits had more to do with the dilution of old plasma than any enrichments provided by the young plasma.

Spending on science has been, should always be an investment for government