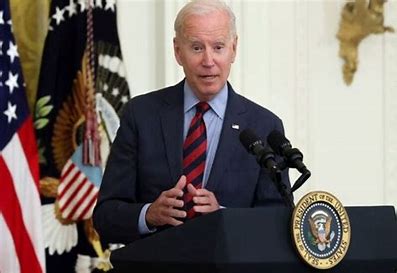 The United States plans to remove Ethiopia, Mali and Guinea from the agreement that gives them duty-free access to the United States, President Joe Biden said in a letter to Congress, citing human rights violations.

The move comes amid ongoing conflict and famine in Ethiopia’s northern region of Tigray and after coups d’etat in Guinea in September and in Mali last year.

Biden said Ethiopia was not in compliance with the African Growth and Opportunity Act’s (AGOA) eligibility requirements “for gross violations of internationally recognised human rights.”

Guinea and Mali had not made progress toward establishing rule of law and political pluralism, and Mali had failed to establish workers’ rights and human rights, Biden’s letter said.

“Despite intensive engagement between the United States and the governments of Ethiopia, Guinea, and Mali, these governments have failed to address United States’ concerns about their non-compliance with the AGOA eligibility criteria,” it said.

AGOA provides sub-Saharan African nations with duty-free access to the United States if they meet certain eligibility requirements, such as eliminating barriers to U.S. trade and investment and making progress towards political pluralism.

US Trade Representative Katherine Tai said in a statement that she would provide the countries with clear benchmarks for getting back into compliance with AGOA’s requirements and work with them to achieve that objective.

War broke out in northern Ethiopia in November 2020 between federal troops and the Tigray People’s Liberation Front (TPLF), the ruling party of Tigray. Since then, there has been increasing international criticism of rights abuses in Tigray, including widespread sexual violence and mass killings of civilians.

Ethiopian government spokesperson Legesse Tulu said the government had already commented on the issue. On October 3, Tulu said on Twitter that the suspension would cost Ethiopia one million jobs.

Ethiopia exported about $237 million worth of goods duty-free to the United States under AGOA in 2020, according to U.S. Commerce Department data.

U.S.-based apparel company The Children’s Place and Sweden’s H&M, which source clothing from Ethiopia, did not respond immediately to requests for comment.