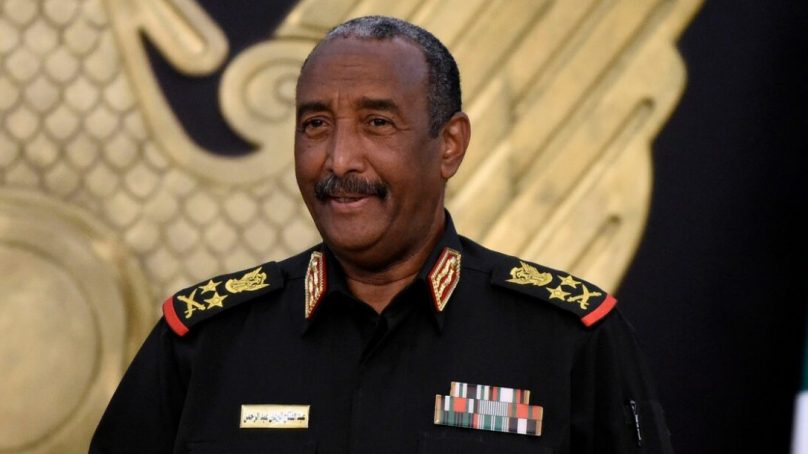 Saudi Arabia, the United Arab Emirates, the United States and Britain have called for the immediate reinstatement of Sudan’s civilian-led government in the latest show of international pressure to reverse a military coup.

Prime Minister Abdalla Hamdok has been under house arrest in the capital Khartoum since being toppled on October 25 by military chief General Abdel Fattah al-Burhan in a coup that derailed a transition to civilian rule and led to a Western aid freeze.

The joint statement was the first in which the UAE and Saudi Arabia – both regarded by regional analysts as possible backers of Burhan – have called for the restoration of the civilian-led government and return to power-sharing.

They and the two Western powers called for the release of political detainees, end of a state of emergency and commitment to “a genuine civilian-military partnership” during the transition to elections.

“This will help ensure Sudan reaches political stability and economic recovery so that it is able to continue the transitional period with the support of Sudan’s friends and international partners,” they added.

The transition was meant to pave the way for elections in 2023, after the army deposed long-ruling autocrat Omar al-Bashir two years ago during a popular uprising.

Burhan has struggled to rally domestic support and faced a barrage of international criticism. Neighbourhood-based resistance committees are planning protests in Khartoum from Thursday to force the junta to loosen grip on power and restore Hamdok.

Various international and local mediation efforts have been underway for several days. One source close to Hamdok said the mediated talks were ongoing but no deal had been reached.

He wants detainees released and governing bodies restored before he would enter into substantive negotiations with the military, his office said earlier on Wednesday, denying a report he had agreed to lead a new government.

Burhan, who has said he is committed to the transition and the installation of a technocratic government, said on Wednesday he was in the process of appointing a prime minister. He had said that Hamdok could return to lead cabinet.

Volker Perthes, the UN special representative to Sudan, said on Monday that mediation efforts were expected to bear fruit in coming days. “The contours of an agreement are becoming clearer,” his office quoted him as saying.

Burhan has said he moved last week to avert civil war after civilian politicians stoked hostility to the armed forces. He says he is committed to elections in July 2023. The Geneva-based World Organisation against Torture said on Tuesday at least 36 civilians arrested in the coup were still held incommunicado.

Sudanese lawyer and human rights defender Kamal El Gizouli said lawyers attempting to defend the detainees had been unable to establish their whereabouts or the existence of any charges against them after contacting the public prosecution and police.

But Burhan has said that those detained without criminal charges would be released. A South Sudanese government official Tut Gatluak said on Wednesday that Burhan had told him detainees would be freed within 24 hours “in order to allow dialogue.”