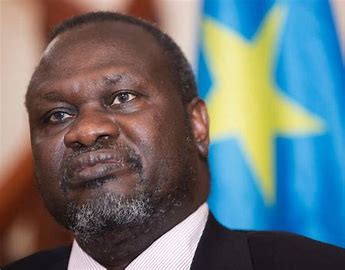 Forces loyal to Vice President Riek Machar and a splinter group have clashed in South Sudan, but the two sides gave conflicting reports, with each claiming to have killed dozens of soldiers from the opposing.

A spokesman for Machar’s SPLM/A-IO party, Lam Paul Gabriel, said the party’s forces responded “in self-defence” and killed two major generals and over 27 soldiers. He said those fighting on SPLM/A-IO side lost three soldiers during the attack.

The other side denied having suffered heavy losses and having launched an offensive. A spokesperson for Dual said that during the clashes 28 soldiers were killed on the enemy side and four on their side.

The reports the killings could not be independently verified as communication networks are patchy in the Upper Nile region.

The clashes erupted after rival military leaders of the SPLM/A-IO announced on Wednesday that Machar had been ousted as head of his party and its armed forces. The military leaders said the party’s chief of staff, Dual, had been nominated interim party leader from the military wing.

Late last week, Machar accused the rival military leaders of trying to block the country’s peace process. South Sudan gained independence from Sudan in 2011 but descended into fighting two years later when forces loyal to President Salva Kiir and to Machar clashed in the capital Juba.

That sparked the massacre of hundreds of civilians in Juba from Machar’s Nuer ethnic group and a spiral of ethnic violence and revenge killings. The civil war, which ended with a peace deal in 2018, killed 400,000 people and triggered Africa’s biggest refugee crisis since the 1994 Rwandan genocide.