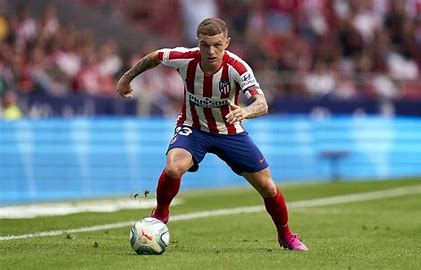 Manchester United’s dithering over a deal for an England defender has left the door open for Arsenal to make their own move, while Tottenham have set Harry Kane’s asking price. Arsenal have reportedly made a bid to sign Manchester United right-back target Kieran Trippier from Atletico Madrid.

Meanwhile Tottenham are prepared to consider selling England striker Harry Kane, 28, if Manchester City offer £120 million ($166 million) plus another £20 million ($27 million) in add-ons. Both Manchester City and Chelsea have expressed in prising Kane away from Spurs.

In Madrid, Trippier, a former Tottenham star, who was part of Diego Simeone’s LaLiga-winning side last season, has been the subject of intense negotiations between United and Atletico.

However, The Sun have said that United having only offered £20 million ($27 million) for the England man. That figure is a long way short of the Spanish side’s valuation of £34 million ($47 million).

The Gunners want Trippier to replace Hector Bellerin at The Emirates, with Inter Milan, Bayer Leverkusen and clubs from Spain all keen on his signature. Simeone is said to want Trippier to stay after the 30-year-old started 35 games in all competitions last term.

As for United’s interest, it now appears they are completely out of the race for the player. Trippier was wanted as a more attacking alternative to the more defensively-minded Aaron Wan-Bissaka.

However, the Red Devils are not prepared to go above their valuation of the right-back, who began his career at rivals City.