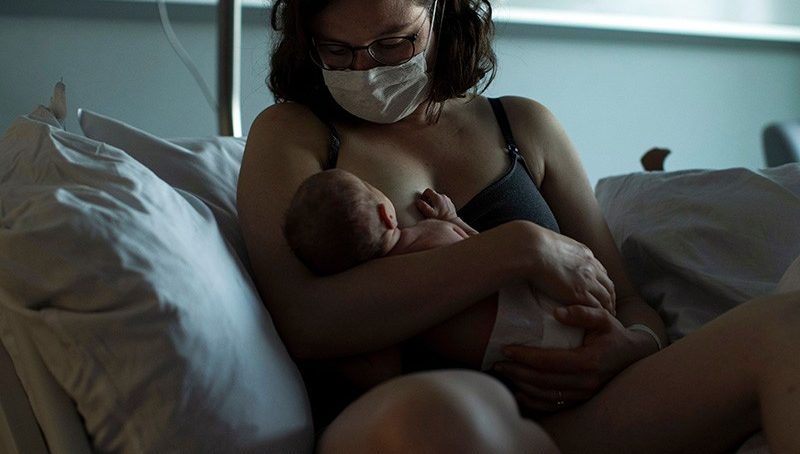 Molly Siegel had long awaited a Covid-19 vaccine. As an obstetrician at Massachusetts General Hospital in Boston, she regularly saw pregnant people with Covid-19 and knew that the vaccine was the best way to protect herself, her family and others in her workplace. But with a seven-month-old baby at home who was still breastfeeding, she felt hesitant.

Understandably so. Following established norms for clinical trials, pregnant and breastfeeding people were not included in any of the trials for Covid-19 vaccines. So, as health systems around the world began to vaccinate eligible adults, scores of lactating people were left to make their decision in the dark.

“I certainly was frustrated that there weren’t studies on the vaccine in pregnant and lactating women – that as a group, they were excluded from the research,” Siegel says. “It made it really hard to know, as both the patient and the provider, how to think about the vaccine.”

Still, Siegel could not see any plausible risk to her breast milk (she knew that Covid-19 vaccines contain no live virus, for instance), and focused on the benefit of protecting herself and everyone around her. So she got the shot. Then, she donated samples of her breast milk to researchers who would analyse its contents in one of the first such studies.

Now, thanks to Siegel and other participants, scientists are beginning to understand the effects of Covid-19 vaccines on breast milk and their preliminary results should come as welcome news to the more than 100 million lactating people across the world.

Scientists have so far looked only at the vaccines made by Pfizer-BioNTech and Moderna, and have not detected the vaccines in breast milk. What they have found are antibodies, produced by mothers in response to inoculations, to the coronavirus SARS-CoV-2.

“We’re really happy to have something good to hang our hat on,” says Stephanie Gaw, a perinatologist at the University of California, San Francisco. “The studies are small, they’re still early, but very positive.” Now, researchers want to know whether those antibodies can provide babies with at least partial protection against Covid-19.

Throughout the pandemic, pregnant people and new mothers have been faced with a slew of concerns and questions about the coronavirus.

One trend that became clear early on is that pregnant people diagnosed with Covid-19 are more likely to be hospitalized than are those of the same age who are not pregnant. That could be because the body is already working hard – the growing uterus pushes upwards, reducing lung capacity, and the immune system is suppressed so as not to harm the baby.

Those factors don’t disappear the day a baby is born. As such, some obstetricians suspect that lactating individuals are also susceptible to severe Covid-19.

That conclusion might encourage breastfeeding mothers to get vaccinated, but scientists weren’t sure how they would respond to the vaccines, because little is known about the period of lactation.

So Kathryn Gray, a maternal-foetal medicine specialist at Brigham and Women’s Hospital in Boston, Massachusetts, and her colleagues decided to test how well the Pfizer-BioNTech and Moderna vaccines work in this group. They recruited 131 participants who were about to receive either vaccine and who were lactating, pregnant or neither and found that the lactating individuals (which included Siegel and 30 others) generated the same robust antibody response as did those who were not lactating. In other words: the vaccine is just as beneficial for breastfeeding mums.

A second study by Gaw and her team, posted on the preprint server medRxiv, agrees. The team drew blood from 23 lactating participants and found that antibodies to SARS-CoV-2 increased after their second dose.

But for many parents, the looming question – as Siegel asked herself — was whether a Covid-19 vaccine would harm a nursing infant. After all, some medications are not recommended during lactation because they pass through breast milk to infants. Nursing mothers are advised against taking high doses of aspirin, for example; even after low doses, mothers are warned to monitor the infant for signs of bruising and bleeding.

Some vaccines are off limits, too. The US Centers for Disease Control and Prevention (CDC) advises nursing mothers against receiving the yellow-fever vaccine, which involves a live, weakened form of the virus, on the off-chance that an infection passes to the infant.

Because of such cases, some pharmacists and vaccine administrators have been urging nursing mothers to discard their breast milk after they are vaccinated.

“I think that clearly shows ignorance and a lack of understanding,” says Kirsi Jarvinen-Seppo, an immunologist at the University of Rochester Medical Center in Rochester, New York. “There seems to be an awful amount of misinformation out there on all levels.”

Unlike the yellow-fever vaccine, Covid-19 vaccines do not carry a risk of igniting an active infection. In addition, Covid-19 vaccines are extremely unlikely to cross into breast milk. The fragile messenger RNA used in the Pfizer-BioNTech and Moderna vaccines, for example, is designed to break down so quickly that it should never leave the cells where it was injected – let alone get into the bloodstream and then the breast.

In fact, researchers don’t expect that any of the current vaccines will be excreted into breast milk.

To that end, the World Health Organization recommends that mothers continue to breastfeed after vaccination. In addition, the CDC and the UK Joint Committee on Vaccination and Immunisation issued statements shortly after the first vaccines were authorized in both countries. These noted that no safety concerns had been identified from the available data, so lactating people could choose to be vaccinated.

“It’s sort of a backwards way of recommending it,” argues Christina Chambers, a paediatrician at the University of California, San Diego, and the Rady Children’s Hospital. “The foundation is that there’s no reason to avoid it, which is a dilemma.”

So Gaw and her colleagues ran a safety check. In a small study3, her team looked at breast milk samples from six participants up to two days after they received the Pfizer–BioNTech or Moderna vaccine, and found no trace of the mRNA in either case. (The group is now scouring a larger number of milk samples for different components of the vaccine, and expanding their study to include all the available Covid-19 vaccines in the United States.)