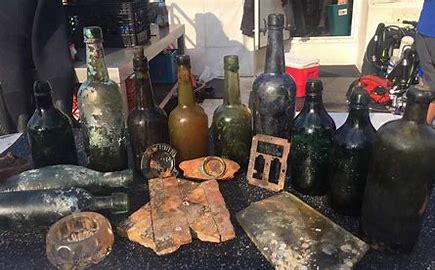 A few beverage-makers and scientists argue that using more diverse strains of yeast can also strongly influence the flavour and robustness of the finished product. In short, trying an unusual yeast could result in better beer, so many are turning to forgotten strains from the past.

Scientists at Brewlab, a spin-out from the University of Sunderland, have studied yeast strains and brewing techniques for years. The firm’s founder, Keith Thomasmas is pleased with the results of the Wallachia beer study. He says the combination of the two yeasts they found in the 126-year-old beer could perhaps inspire innovations in the brewing industry today. The yeasts seem to impart a sort of farmyard or “wet horse” character, he adds. This might not sound particularly appetising but, in moderation, earthy flavours like that could help a skilled brewer come up with a unique, richly flavoured beverage.

Brewing is, after all, a balancing act. Consider sour beer. Too much sourness would naturally be off-putting but, at the right level, it can make for a refreshing concoction.

Brewers do experiment with alternatives to Saccharomyces cerevisiae – Brettanomyces strains, for example, are often used to make sour beers, for instance. But there are many unexploited yeast strains out there just waiting for brewers to discover them, argues Carmen Nueno-Palop at the National Collection of Yeast Cultures (NCYC), part of the Quadram Institute in the UK.

“There’s been a lot of emphasis on hops,” she says, referring to recent innovations in the beer industry. She notes, however, that some brewers might produce multiple different beers – all using exactly the same yeast. “I want to transmit to brewers the importance of choosing the right strain,” she adds.

About four years ago, Nueno-Palop and her colleagues conducted an experiment in which they brewed 33 beers that were all basically identical – save for the yeast. The team chose a different strain for each beer and began by analysing the strains’ DNA, which turned out to be unexpectedly diverse.

“I was very surprised,” she says. “They were all different from each other.” The resulting beers also varied greatly in terms of their flavour profiles.

The NCYC has around 600 beer brewing strains in its archives, some of which were deposited by UK breweries faced with closure during economic difficulties in the 1950s and 1960s. Some of these strains have barely been used since, if at all. Nueno-Palop says brewers are now beginning to recognise that they can diversify their products perhaps by using a strain that has some historical connection to their location in the UK.

This idea, that historic yeasts can impart heritage as well as interesting flavours, is catching on outside of the beer world. Alan Bishop has the title of alchemist and lead distiller at Spirits of French Lick, a distillery in Indiana, in the US. The company makes a range of boutique spirits, including bourbon, apple brandy, rum and gin.

In recent years, Bishop has gone bioprospecting in the hope of collecting abandoned yeast strains at former distilleries in Indiana and Kentucky. He usually brings a jar of mash or wort, the liquid containing sugars from the grain that will be fermented, to these derelict sites. He simply leaves this open to the air. Yeast then naturally settles on the wort, allowing fermentation to begin.

Now and again, Bishop has also swabbed the insides of old jugs at disused distilleries, retrieving yeast directly from inside. There are so many defunct distilleries near to him, he says, because the cottage industry of whisky and bourbon producers that existed in the US during the 1800s went out of business thanks to prohibition – a period between 1920 and 1933 when the production, importation and sale of alcoholic beverages was made illegal across the US.

Bishop has not yet sent any of his bio-prospected strains for genetic analysis and so can’t be sure of their exact provenance.

But either way, he’s certain that using alternative yeasts makes a difference to the beverages he and his colleagues produce. For example, one particular strain that he gathered from the site of the Daisy Spring Mill distillery in an Indiana state park confers potent cinnamon flavours to the fermenting spirit, he says.

With this experimentation comes an opportunity to develop new and interesting beverages but it also links Spirits of French Lick to the local area and its distilling heritage, argues Bishop. In general, he thinks distillers are missing a trick by not seeking out more varied yeast strains for their production.

“There’s not been a whole lot of attention put on yeast in distillation, unfortunately. At least in the past 100 years or so,” he says. “Each one of these yeast varieties has its own characteristics.”

He argues that the differences in flavour that develop in fermenting spirit won’t disappear even after it has been processed and matured in casks for months or years.

Yeast diversification could benefit all sorts of other industries. It could, for example, help perfume makers come up with better fragrances. Yeasts are sometimes used to produce the complex chemicals in a scent when they cannot be easily obtained from other ingredients. In recent years, genetically modified yeasts designed to do this have become available on a large enough scale to be used in commercial production. Among those pioneering this approach is the synthetic biology company Ginkgo Bioworks in the US.

Thomas notes that that Debaryomyces yeast found in the Wallachia beer also appears to be tolerant of heavy metals such as arsenic and lead. That might mean that it would make a good bioremediation yeast – one used to absorb pollutants in a contaminated environment, to clean it up. Parts of the world where arsenic-contaminated groundwater has been linked to health problems include the Middle East, India and the west coast of South America, says Thomas.

Another area that might benefit from bioprospected yeasts is pharmaceuticals. Many medicines are made with the help of yeasts, which are used to grow certain chemicals. Some suggest that even more efficient yeasts for this purpose could be found in the environment – perhaps in the sea.

Bread-makers could also turn to new – in fact, old – yeasts, in a quest to diversify their products. In 2020, Seamus Blackley, the creator of the original Xbox video game console, announced that he had recreated an Egyptian loaf of bread using yeast cultures sampled from ancient Egyptian baking containers.

Two scientists who helped Blackley in the endeavour are still in the process of researching Egyptian yeast strains and analysing the genetic makeup of yeast used in that experiment, in order to find out what contribution any ancient strains might have made to the bread.

Blackley says that the team intends to launch a more extensive DNA sampling programme, in order to analyse other artefacts and archaeological sites.

But because it exists as a living thing in an ever-changing environment, it’s difficult to know for sure that a yeast strain sampled from the wild really is descended directly from one used in historic food production, says Caiti Smukowski Heil at North Carolina State University.

That’s one reason why shipwrecks are so special, she notes, because if you can extract yeast from a sealed bottle that has been in dark, cold and stable conditions for many years, you can be confident you have retrieved the original yeast used to make that product.

Either way, there is a “humungous diversity of untapped yeasts” out there, she says. Commercial bakers, for instance, largely rely on standard strains of Saccharomyces cerevisiae. But wild yeasts or historic strains that have fallen out of use could actually be better options for modern production.

“Species of yeast outside Saccharomyces cerevisiae are often more tolerant of things like using frozen dough and sometimes even have increased leavening ability,” says Heil.

Thomas says he wants to sample and study yeast from sealed vessels found on yet more shipwrecks, or other, well-preserved, boozy time capsules. And by studying the genetics of old yeast strains, it might also be possible to identify previously unknown but desirable genes, which could influence genetically modified yeast in the future.

But the wreck of the Wallachia is a sobering reminder of just how lucky we are to have access to a handful of historic yeasts that we can confidently associate with a specific time and place. In the 30 or so years since Hickman has been diving to it, he’s witnessed how the wreck has deteriorated over time. Structures and walkways above and around the engine room have collapsed. Cracks in the ship’s ageing walls have widened. The vessel is fading away.

“I would suspect that, possibly within the next 20 to 30 years, it will be completely gone,” he says.

The Wallachia will likely take its remaining beer bottles with her as she slowly breaks apart on the seabed. A valuable link to the brewers of the 19th Century will finally be gone forever, taking the precious yeasts it carries in various long-forgotten bottles of booze with it.