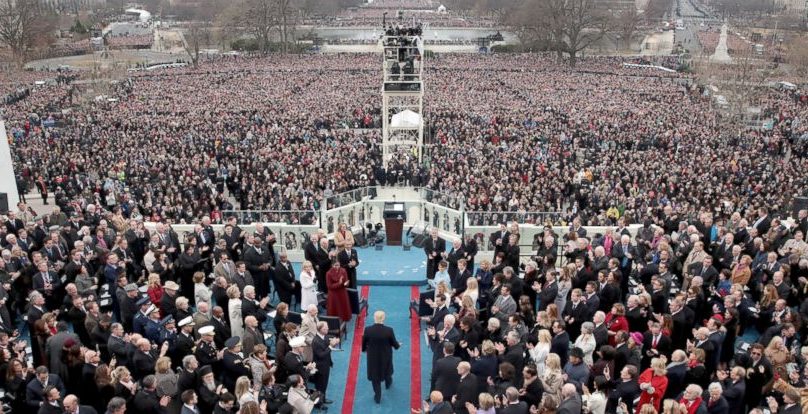 President Donald Trump helped provoke the swarms of his supporters who stormed the US Capitol, Senate Majority Leader Mitch McConnell said on Tuesday.

The damning remarks on the Senate floor came as the Kentucky Republican and Senate Minority Leader Chuck Schumer (Democratic-New York), worked to hash out details on Trump’s impending impeachment trial.

“The mob was fed lies,” McConnell told the chamber, which two weeks earlier had been evacuated as rioters invaded the building. “They were provoked by the president and other powerful people.”

The GOP leader made the direct link between the Republican president’s rhetoric and the January 6 riot, which left five dead, the day before President-elect Joe Biden was to be sworn in as the 46th president.

McConnell has rebuffed pressure from Democrats to hold the impeachment trial before Trump leaves office, but he has told colleagues that he is undecided on whether Trump should be convicted in the Senate for inciting the riot.

Trump was impeached in the Democrat-led House last week in a 232-197 vote, with 10 Republicans voting in favour of impeachment.

Trump is the only president in US history to be impeached twice.

McConnell’s remarks also suggested that other leaders bore responsibility for the attack. Critics have called on some lawmakers, especially GOP senators. Ted Cruz and Josh Hawley, to resign after they objected to key states’ electoral results.

McConnell had congratulated Biden on his victory in mid-December, more than a month after the November 3 election.

Trump, who exhorted the crowd at a rally outside the White House to “fight like hell” and head to the Capitol to overturn the 2020 election, has insisted that his remarks just before the riot were “totally appropriate.”

In that speech, Trump repeated the incendiary and false claim that he had been robbed of re-election by widespread electoral fraud. He once again vowed that he would never concede to Biden and he urged his supporters to go to the Capitol to “cheer on” Republican lawmakers who had vowed to object to the results.

“We’re probably not going to be cheering so much for some of them because you’ll never take back our country with weakness. You have to show strength, and you have to be strong,” Trump said.

Many of his supporters attending that rally walked directly across the National Mall to the Capitol, where a joint session of Congress had convened to confirm Biden’s Electoral College victory. Rioters broke through barricades and lines of law enforcement officers and entered the Capitol, forcing Congress into hiding. Among them was Vice President Mike Pence, who was presiding over the event.

In his remarks on Tuesday, McConnell said “the last time the Senate convened, we had just reclaimed the Capitol from violent criminals who tried to stop Congress from doing our duty.”

“They tried to use fear and violence to stop a specific proceeding of the first branch of the federal government, which they did not like,” McConnell said.

“But we pressed on. We stood together and said an angry mob will not get veto power over the rule of law in our nation, not even for one night. We certified the people’s choice for their 46th president.”

After McConnell’s remarks, Schumer said on the Senate floor that “Donald Trump should not be eligible to run for office ever again.”

“Healing and unity will only come if there is truth and accountability,” Schumer said.

Trump, who has acknowledged the coming end to his one term in office without conceding to Biden, has not called his successor and has not invited the Democratic president-elect to the White House before the inauguration.

Pence last week called Vice President-elect Kamala Harris to congratulate her and offer his assistance before she is sworn in.

Biden at his inauguration: Politics doesn’t have to be a raging fire