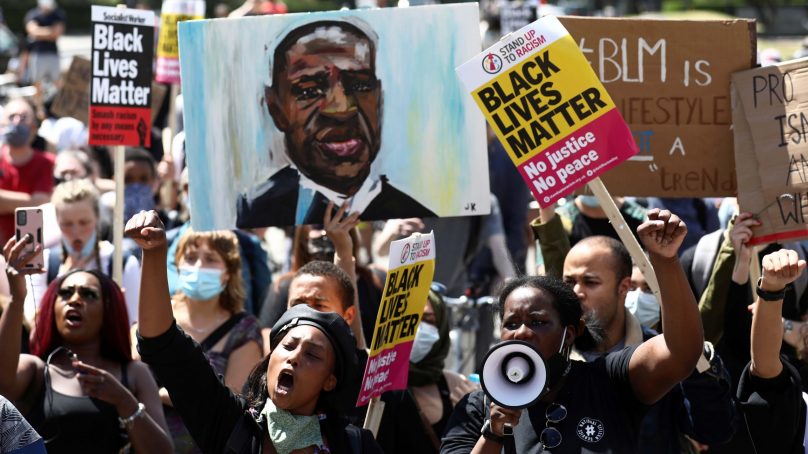 Watching the storming of the Capitol last week, many progressive critics of American foreign policy concluded that the country’s chickens were finally coming home to roost. This was the blowback from America’s many military interventions, forever wars and coup attempts.

Regime change had returned to Washington. For these critics, the implication was clear: To save its own democracy, America should dramatically scale back its foreign-policy ambitions.

But drawing too simple a link between the United States foreign and domestic failings makes fixing them more difficult. Doing so may appeal to a desire for moral order in the universe, yet it risks misdiagnosing the pernicious role of racism in American politics.

There has never been a clear moral harmony between America’s behaviour in its own territory and in the world. The country has proven all too capable of simultaneously expanding freedom at home and empire abroad. From the outset, giving more rights to Americans while violently stripping them from others often went hand in hand.

In the 19th Century, this was true even within North America. Under the presidency of Andrew Jackson, universal white male suffrage helped bring about the Trail of Tears, the forced relocation during the 1830s of about 100,000 Native Americans.

After the Civil War, slavery ended even as expansion of settlers into the American West accelerated. In the early 20th Century, America embarked on a period of progressive reform, but also colonialism – with figures like President Teddy Roosevelt championing all of it. When the 19th Amendment recognised women’s right to vote, US soldiers were occupying three Latin American countries.

More recently, of course, we elected our first black president while fighting multiple forever wars in the Middle East. In short, if chickens came home to roost, America’s should have returned a long time ago. Or never left at all.

So why does this matter? When the United States began building its formal overseas empire in the wake of the Spanish-American War, many critics feared it would ultimately destroy the Republic and its democratic traditions.

But looking back from today – even with all the alarming developments of the last few weeks and years – it is hard to argue that the United States is less democratic, less egalitarian, or less free than it was in 1898.

One major reason, of course, is the work that has been done to begin dismantling the country’s entrenched racism. Indeed, many of the progressives now warning about the relationship between democratic decline and imperialism are deliberately highlighting the role of white ethno-nationalism in both phenomena.

They are certainly correct that racism has long compromised American democracy and facilitated its foreign wars.

Perhaps it is pedantic to quibble about the exact nature of the relationship. But correctly parsing it can offer three important insights: First, America’s racism has never needed foreign policy for fuel. Second, anti-interventionist arguments have often been most effective when couched in a racist language of their own. And third, the choice between promoting democracy at home and abroad is a false dichotomy.

First, it is telling that it was only after a century of toppling foreign governments that some Americans suddenly became comfortable, in 2021, trying to topple their own. Why did the men who fought a brutal counterinsurgency in the Philippines, for example not come back and storm the Capitol building?

A number of people have argued that the answer lies precisely in the progress the America has made. That is to say, it is the creation of a more genuinely pluralistic country, culminating in the election of a black president, created the violent backlash we are witnessing today.

From this perspective, the problem is purely domestic, a result of prejudices that proceeded and could outlast America’s foreign misadventures. Ending forever wars and spending more of the Pentagon’s budget on social problems might be valuable for their own sake, but they can only do so much if the real issue is more fundamental.