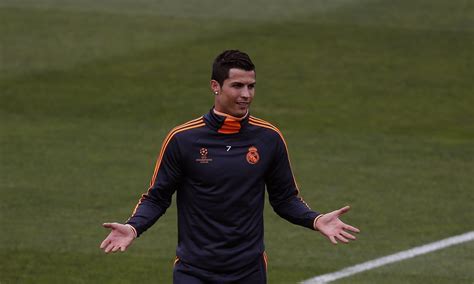 Rejected and shunned by top teams in Europe, Ronaldo’s manic ego is becoming an eyesore of the beautiful game

Despite Will Ford’s willingness to piggy-back him to Saudi Arabia, Cristiano Ronaldo won’t be taking up the offer of nearly a quarter of a billion quid to spend two years in Western Asia. So what now?

Ronaldo has asked to leave Manchester United but, most likely to his surprise, there is no avalanche of offers for the 37-year-old. In fact, the only one on the table was from Saudi. So far, no club in the Champions League, the stage Ronaldo considers his natural habitat, has come forward with a proposal.

Sure, a few have thought about it. Chelsea certainly did, and the allure for Todd Boehly to start his stewardship by signing arguably the game’s biggest superstar must have been tough to resist. But Thomas Tuchel led him away from temptation.

PSG and Napoli both appear to have considered the prospect of taking Ronaldo before opting against doing so while Bayern Munich have once again said “thanks but no thanks”, despite Jorge Mendes’ best efforts. Other conversations will have taken place in boardrooms across the continent but they all appear to be reaching a similar conclusion: Ronaldo, right now, isn’t for us.

Which might suit Manchester United. Erik ten Hag offered that impression when asked, but it’s hardly like he could say anything else. Further up the Old Trafford hierarchy, the Glazers are presumably chuffed their biggest cash cow is struggling to find another field in which to graze.

Of course, Ronaldo would be rather less enthused over staying at United. But the megastar might be wise to start getting his head and ego around the idea.

Neither he nor the club can have the current state of affairs persist for much longer. It is now fortnight since Ronaldo first failed to show as scheduled for pre-season training and from all parties’ perspectives, even if his team-mates are Down Under for another week, that is quite long enough.

United have shown an admirable – some might say naive – level of patience this summer, with Ronaldo and Frenkie De Jong. The situation with their leading transfer target is somewhat out of their control while they wait for Barcelona to stop throwing their cash around and cough up what they owe the Holland midfielder.

Even then, it seems they may have to sit tight while De Jong gets his head around the prospect of swapping the Nou Camp for Old Trafford, if he ever does. Such is the importance, however, of the Dutchman to Ten Hag’s plan, United are content to wait.

The Red Devils have rather more authority over Ronaldo since they are paying his huge wages. At some point soon, they will need to exercise it. They have shown a willingness to listen to offers; now so few have come forward, it is time for Ronaldo to consider going back to work and how he might frame his return.

Of course, offers could land at any point between now and the end of the window, and it would be a surprise if not one owner of a Champions League club has a wobble before September 1. But United and Ten Hag are entitled to expect some clarity long before then.

So too are United supporters. Ronaldo and his team need to tread carefully when he steps back into Carrington. If he has no choice but to stay, then it cannot be spun as an act of loyalty or a sudden fit of allegiance, nor can his desire to leave be swept under the carpet. Ronaldo, at least, has to own his decisions, even if he can’t act upon them.

No one expects an apology – Ronaldo has hardly committed a crime in looking for employment elsewhere – but the situation may call for him to dig deep for a smidgen of humility. This, though, has already been something of a humbling summer which must be an unfamiliar feeling. Presumably the player and his agents didn’t expect such a dearth of serious interest.

But, in the words of another egomaniac having a similarly wretched summer, egos break. Ronaldo might prefer to be somewhere else, but while no club is willing to take him, he’s obliged to make the best of it where he is.