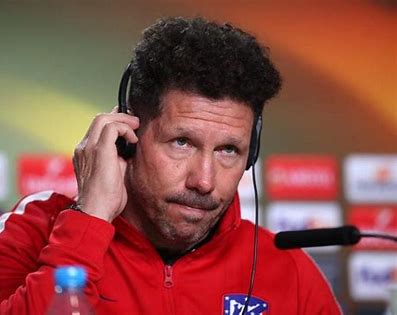 Just when it was starting to look like Cristiano Ronaldo was all out of options and a return to the Manchester United fold was inevitable, along came Diego Simeone!

Atletico Madrid are keen to give the 37-year-old the Old Trafford exit he wants this summer, despite the United board’s insistence that he’s not for sale. That’s the story according to AS, at least. The report does, however, illustrate how difficult Atletico might find it to reach an agreement with the Red Devils.

The Rojiblancos are already struggling to shift players during a summer in which they need to make a few euros. Prior to their interest in Ronaldo, they needed to bring in around £35 million. But Atletico have gone from being ‘bystanders’ to making firm contact with Ronaldo’s representatives, and the Portugal megastar is not averse to the move despite his links with Real.

Or could it be that Ronaldo’s representatives are using Atletico the same way they used City a year ago in the hope that, like United, Real might be suckered into buying him? United are still squirrelling away trying to add to Erik ten Hag’s squad ahead of the new season, which kicks off in two and a half weeks.

There is no movement on Frenkie De Jong, with the Independent reporting that Barca are still refusing to cough up the £17 million they owe the Holland star in deferred wages, despite the club splurging on new players.

United have also missed out on Jonathan Clauss – if they were ever in for him. The France right-back is up for grabs having entered the final year of his contract at Lens, and United, Wolves and Chelsea have all been linked.

Bird’s code: Just as with humans, songbirds have dialects that’re learned and passed down generations