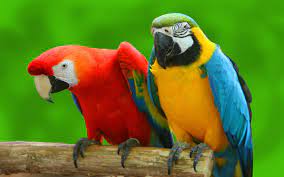 Bird’s code: Just as with humans, songbirds have dialects that’re learned and passed down generations

In our quest to find what makes humans unique, we often compare ourselves with our closest relatives: the great apes. But when it comes to understanding the quintessentially human capacity for language, scientists are finding that the most tantalising clues lay farther afield.

An explosion of research is finding that culture – once thought to be exclusive to humans – is widespread among animals and plays an important part in their social lives and survival. Birds offer some of the most interesting and surprising examples of animal culture.

Just as with human languages, songbirds have dialects that are learned and passed down through generations. Construction and use of tools by crows and problem solving by cockatoos also appear to be culturally learned and transmitted.

Learn what researchers mean by bird culture, what’s known about how it develops and is sustained, and what it means for how we think about and relate to birds and other animals.

Human language is made possible by an impressive aptitude for vocal learning. Infants hear sounds and words, form memories of them, and later learn to produce those sounds, improving as they grow up. Most animals cannot learn to imitate sounds at all. Although nonhuman primates can learn how to use innate vocalisations in new ways, they don’t show a similar ability to learn new calls.

Interestingly, a small number of more distant mammal species, including dolphins and bats, do have this capacity. But among the scattering of nonhuman vocal learners across the branches of the bush of life, the most impressive are birds – hands (wings?) down.

Parrots, songbirds and hummingbirds all learn new vocalisations. The calls and songs of some species in these groups appear to have even more in common with human language, such as conveying information intentionally and using simple forms of some of the elements of human language such as phonology, semantics and syntax.

And the similarities run deeper, including analogous brain structures that are not shared by species without vocal learning.

These parallels have motivated an explosion of research in recent decades, says ethologist Julia Hyland Bruno of Columbia University, who studies social aspects of song learning in zebra finches. “Lots of people have made analogies between language and birdsong,” she says.

Hyland Bruno studies zebra finches because they are more social than most migratory birds – they like to travel in small bands that occasionally gather into larger groups.

“I’m interested in how it is that they learn their culturally transmitted vocalisations in these groups,” says Hyland Bruno, co-author of a paper in the 2021 Annual Review of Linguistics comparing birdsong learning and culture with human language.

Both birdsong and language are passed culturally to later generations through vocal learning. Geographically distant populations of the same bird species can make small tweaks to their songs over time, eventually resulting in a new dialect – a process similar in some ways to how humans develop different accents, dialects and languages.

With all these similarities in mind, it’s reasonable to ask if birds themselves have language. It may come down to how you define it.

“I wouldn’t say they have language in the way linguistic experts define it,” says neuroscientist Erich Jarvis of the Rockefeller University in New York City, and a co-author of Hyland Bruno’s paper on birdsong and language.

But for scientists like Jarvis who study the neurobiology of vocal communication in birds, “I would say they have a remnant or a rudimentary form of what we might call spoken language.

“It’s like the word ‘love.’ You ask lots of people what does it mean, and you’re going to get a lot of different meaning.

South Sudan crisis: Kiir remains deeply suspicious of his deputy, even refusing to allow him to leave the country