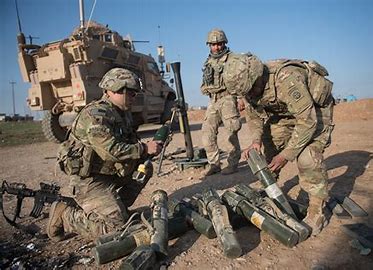 From its beginnings, Real America has also been religious and in a particular way: evangelical and fundamentalist, hostile to modern ideas and intellectual authority. The truth will enter every simple heart and it doesn’t come in shades of grey.

“If we have to give up either religion or education, we should give up education,” said Yale political theorist Bryan Garsten, in whom populist democracy and fundamentalist Christianity were joined until they broke him apart at the Scopes “monkey trial” in 1925.

Finally, Real America has a strong nationalist character. Its attitude toward the rest of the world is isolationist, hostile to humanitarianism and international engagement, but ready to respond aggressively to any incursion against national interests. The purity and strength of Americanism are always threatened by contamination from outside and betrayal from within. The narrative of Real America is white Christian nationalism.

Real America isn’t a shining city on a hill with its gates open to freedom-loving people everywhere. Nor is it a cosmopolitan club to which the right talents and credentials will get you admitted no matter who you are or where you’re from.

It’s a provincial village where everyone knows everyone’s business, no one has much more money than anyone else and only a few misfits ever move away. The villagers can fix their own boilers and they go out of their way to help a neighbour in a jam. A new face on the street will draw immediate attention and suspicion.

By the time Sarah Palin, a 2008 Republican presidential aspirant, talked about “the real America,” it was in precipitous decline. The region where she spoke, the North Carolina Piedmont, had lost its three economic mainstays – tobacco, textiles and furniture-making – in a single decade. Local people blamed NAFTA (North American Free Trade Agreement), multinational corporations and big government.

Idle tobacco farmers who had owned and worked their own fields drank vodka out of plastic cups at the Moose Lodge where Fox News aired nonstop. They were missing teeth from using crystal meth. Palin’s glowing remarks were a generation out of date.

This collapse happened in the shadow of historic failures. In the first decade of the new century, the bipartisan ruling class discredited itself – first overseas, then at home. The invasion of Iraq squandered the national unity and international sympathy that had followed the attacks of September 11.

The decision itself was a strategic folly enabled by lies and self-deception; the botched execution compounded the disaster for years afterward. The price was never paid by the war’s leaders. As an Army officer in Iraq wrote in 2007, “A private who loses a rifle suffers far greater consequences than a general who loses a war.”

The cost for Americans fell on the bodies and minds of young men and women from small towns and inner cities. Meeting anyone in uniform in Iraq who came from a family of educated professionals was uncommon and vanishingly rare in the enlisted ranks.

After troops began to leave Iraq, the pattern continued in Afghanistan. The inequality of sacrifice in the global War on Terror was almost too normal to bear comment. But this grand elite failure seeded cynicism in the downscale young.

The financial crisis of 2008 and the Great Recession that followed had a similar effect on the home front. The guilty parties were elites – bankers, traders, regulators and policy makers. Alan Greenspan, the Federal Reserve chairman and an Ayn Rand fan, admitted that the crisis undermined his faith in the narrative of Free America.

But those who suffered were lower down the class structure: middle-class Americans whose wealth was sunk in a house that lost half its value and a retirement fund that melted away, working-class Americans thrown into poverty by a pink slip. The banks received bailouts, and the bankers kept their jobs.

The conclusion was obvious: The system was rigged for insiders. The economic recovery took years; the recovery of trust never came.

Ever since the age of Ronald Reagan, the Republican Party has been a coalition of business interests and less affluent white people, many of them evangelical Christians. The persistence of the coalition required an immense amount of self-deception on both sides. As late as 2012, the Republican National Convention was still a celebration of Free America and unfettered capitalism.

Mitt Romney told donors at the infamous fundraiser that the country was divided into makers and takers and those 47 per cent of Americans who took would never vote for him. In fact, the takers included plenty of Republicans, but the disorganisation of life in the decaying countryside was barely noticed by politicians and journalists.

Christians who didn’t attend church; workers without a regular schedule, let alone a union; renters who didn’t trust their neighbours; adults who got their information from chain emails and fringe websites; voters who believed both parties to be corrupt – what was the news story?

Real America, the bedrock of popular democracy, had no way to participate in self-government. It turned out to be disposable. Its rage and despair needed a target and a voice.