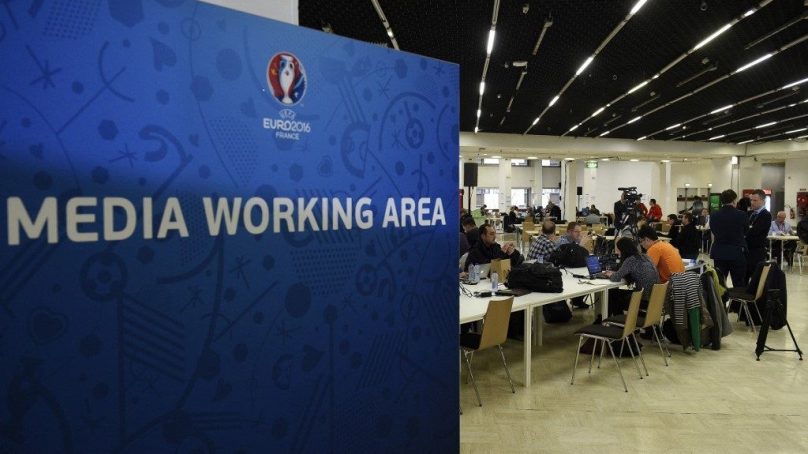 The Forum on Information and Democracy published yesterday its report titled A New Deal for Journalism. The report presents, among other things, a plan to guarantee up to 0.1 per cent of GDP per year to journalism “in order to preserve its social function for the future”.

The document, however, neglects the central issue of journalists’ working conditions and the worrying precariousness of the profession.

Written for the Forum by Sameer Padania, who heads the consultancy firm Macroscope, the report recalls a series of longstanding demands such as transparency of media ownership and increased public support for the media to ensure pluralism.

However, the report is completely silent on the threat posed by the deterioration of working conditions for journalists, especially freelance journalists.

“The future and sustainable development of journalism cannot be envisaged without addressing the question of the human and material resources of newsrooms. It is simply not credible,” reacted EFJ General Secretary Ricardo Gutiérrez, noting that no representative organisation of journalists was involved in the working group that oversaw the report.

“The increasing precarisation of journalists by media companies is the main cause of the decline in the quality of editorial production. How can the authors of the report, which devotes only two sentences to freelancers’ conditions ignore this phenomenon?”

The EFJ also has reservations about the Journalism Trust Initiative (JTI) promoted by the report. This project was initiated by NGO Reporters Without Borders in partnership with several media employers’ organisations (WAN-Ifra, EBU…).

“Certification and labelling of media risks being used by the enemies of press freedom to blame the so-called ‘bad’ media. We believe that the best way to promote quality journalism is not to label it but to promote professional ethics through independent self-regulatory bodies open to civil society such as press councils. Here again, the Forum’s report is silent on the important role of press and media councils,” said Ricardo Gutiérrez.

However, the EFJ supports the main recommendations of the report as summarised by Reuters Institute’s Rasmus Kleis Nielsen, who chairs the Forum’s working group. The Forum recommended the following:

“Supporting private sector news media through indirect forms of support such as tax exemptions, direct support specifically tied to investment in professional journalism and structured to prioritise local media and media serving minorities and supporting innovation without tying these forms of support to increasingly marginal forms of distribution like print, is one option, as demonstrated in Denmark;”

“Supporting public service media with a clear remit and ability to serve the public across all media, not just broadcasting, strong insulation from political pressure to ensure their editorial independence from government, sufficient funding to deliver on their mission, and a clear focus on serving those communities least well served by private sector media is a second option, as demonstrated in the United Kingdom;”

“Supporting independent news media globally by committing at least some Official Development Assistance to journalism in other countries is a fourth option, whether done bilaterally or through joint vehicles. We can all benefit from stronger journalism, not just at home, but also abroad – if anyone need a reminder that our futures are tied together in an age defined by the climate emergency and intertwined economies, the coronavirus pandemic has certainly provided it.”

“These policies can all contribute to ensuring the sustainability of the media, if they are implemented within a framework of fundamental rights, fair distribution and respect for freedom of expression and press freedom,” remarked the EFJ General Secretary. “But the working conditions of journalists cannot be ignored. The sustainability of the profession must also be ensured, which requires social guarantees and a more sustained fight against threats to journalists in an increasingly hostile climate for the profession.