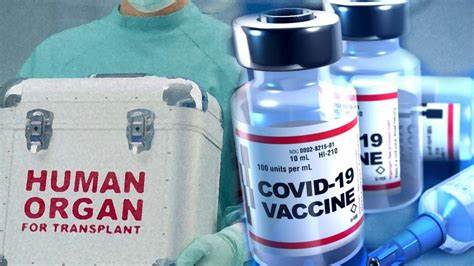 Covid vaccination in the US has been framed as a binary: People either seek out the inoculation, or they distrust the formula or the politics that produced it and reject the shot. People who accept the vaccine get to return to normal life.

For the people who don’t, “Your health is in your hands,” as Rochelle Walensky, director of the Centers for Disease Control and Prevention, tweeted in May.

But that binary never accounted for the many people who wanted the shot but couldn’t obtain it: because vaccine campaigns didn’t come to their neighbourhoods, or lack of sick leave wouldn’t let them risk side effects, or they didn’t meet eligibility criteria in the early days when supply was limited.

Now it’s becoming clear that this binary also excludes another enormous group: People who received the shot but were not protected by it, because their immune systems didn’t manufacture an adequate defence.

Millions of Americans are immunosuppressed or immune-compromised. That is, they take drugs to make sure that a transplanted organ is not rejected or to tamp down the overactive immunity that produces rheumatoid arthritis and lupus. Or, alternatively, they have illnesses that undermine their ability to defend against pathogens.

A handful of research papers published over the past few months all find the same result: When these patients receive Covid vaccines, their bodies don’t create as many defensive antibodies as those of healthy people. Some have contracted the disease despite being fully vaccinated, meaning that, to protect themselves, they must continue to behave as though their vaccinations never occurred.

As a result, some are seeking extra vaccinations, arranging for third doses that they hope will act like booster shots. A study published Monday in the Annals of Internal Medicine by a team at Johns Hopkins University School of Medicine documents the experience of 30 people living with organ transplants who sought out a third shot in hopes of boosting their immune responses.

After their second shots, none of the 30 had high antibody levels. In fact, only six showed any antibody response at all. After the third shot, 14 out of 30 saw some improvement, and 12 of 30 had antibody levels that the researchers considered protective.

This is an important finding – even though it was made in a small group of self-selected volunteers, something that’s typically thought of as a weak study design – because it might point the way to letting still-vulnerable people re-join a post-Covid society.

It might also help explain some of the rare and not-well-explained “breakthrough” infections that occur in a small fraction of fully vaccinated people. (There was a high-profile cluster of breakthrough infections last month among people who work for the New York Yankees baseball team. No underlying conditions have been linked to them.)

“What we have found is hope,” says Dorry L. Segev, the study’s senior author and a Hopkins professor of surgery. “A lot of transplant patients were very excited about the vaccine and then they got their antibodies checked and they were very suboptimal and that was frustrating and demoralising. We’re showing something can be done about that.”

More in a minute on the practicalities of third shots. To understand why the possibility is so alluring – and sticky, in a regulatory sense – it’s worth looking first at what researchers have sussed out about how chronic immune conditions complicate protections against Covid.

Segev’s team was among the first to tackle this issue. Last December, one day after the Food and Drug Administration issued emergency use authorisations for the Pfizer and Moderna vaccines, the Hopkins group put out a call on social media. They asked immune-suppressed people to enrol in a trial that would keep track of their health and document their responses to the vaccines. They signed up almost 1,000 people in the first week, Segev says, and have almost 4,000 in a registry now.

In March, the group published the first data from those sign-ups: Among 436 transplant recipients, only 17 per cent showed detectable antibodies after one dose of the Pfizer or Moderna vaccines. That was discouragingly low.

By contrast, every participant in the mRNA vaccines’ clinical trials – 100 percent – demonstrated antibody production by the 15th or 21st day after their first dose of the vaccine, according to data from the manufacturers and academic researchers.

A follow-up Hopkins study evaluated antibody responses after two doses in 658 transplant recipients from the social media volunteers, 396 of them participants from the first group. It yielded both good and bad news. Good: 259 members of the study group, 39 per cent, had no antibodies after their first dose but gained them after their second. Bad: 46 per cent of the participants had no antibody responses at all.

The Hopkins group wasn’t the only academic team thinking about this problem. Soon after the vaccines became available, physicians at Columbia University Medical Center in New York who were taking care of kidney transplant patients became worried.

Several of their patients qualified for the earliest doses, yet after completing their vaccine courses and passing their “immune by” dates, several of them still came down with Covid. Worried, the nephrology department staff began asking any kidney transplant recipients who received the vaccines to have their antibody levels tested two weeks after their second shot.

By the end of March, 28 patients went through that testing. Only 25 per cent of them showed any antibody response. This was disappointing, but, immunologically, it makes sense. After all, the purpose of vaccination is to induce the body to develop a protective response – expressed in antibodies, along with other immune system cells – that defends it against an infection.

But the drug regimens that transplant recipients take, to keep their bodies from rejecting donated organs, suppress antibody production. That goal works against what the vaccine is intended to do.

“Patients’ immunosuppression regimens are designed to blunt their immune response to a new pathogen, because typically the biggest pathogen they’re being exposed to, so to speak, is the new kidney,” says Syed Ali Husain, an assistant professor of medicine at Columbia and first author of an account of the findings, published in April. “Their immunosuppression regimen is designed to prevent antibody production.”

It’s important to say here that all these findings are mapping new territory. In order to get the cleanest, fastest authorization, people with immune deficits were excluded from Covid vaccine clinical trials. There was a broad assumption among physicians that those patients would have less response to the vaccines, but vaccine manufacturers didn’t attempt to gather that data.

The run of studies that began this spring represents the first attempts to define vaccine effectiveness, or continued vulnerability, for this patient pool.