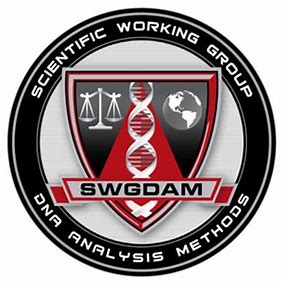 Last year, forensic geneticist a Berlin research hospital Lutz Roewer removed profiles that had been uploaded by the authors of a paper describing DNA studies of Uyghur, Kazakh and Hui minority groups in China. He did so after Springer Nature investigated and retracted that paper.

The authors said that the study had been undertaken without the approval of an institutional ethics committee. Roewer says he’ll remove related data if there are other retractions. Springer Nature has so far added editor’s notes to 28 papers, including the 2017 review, stating that concerns have been raised about their ethics-approval and informed-consent procedures. It has also retracted a second paper.

“We do expect to take further editorial action in at least some of these cases,” a spokesperson says. Yves Moreau, a computational biologist at the Catholic University of Leuven in Belgium, says he has identified at least nine other potentially problematic studies involving co-authors from the Chinese police, for which data appear on the YHRD, but hasn’t yet alerted journal editors or publishers to those concerns.

The YHRD contains eight data sets of Uyghur profiles that were uploaded directly. Roewer says that in these cases, too, it is not his responsibility to initiate investigations. “Anyone concerned about a particular data set would do better to contact the authors directly,” he says.

In November 2020, the YHRD was criticised from a different angle when three researchers in Germany — science historian Veronika Lipphardt, sociologist Mihai Surdu, both at the University of Freiburg, and geneticist Gudrun Rappold at the University of Heidelberg, published preprints of their work on genetic studies about the Roma.

The researchers noted that the YHRD holds profiles from population studies on eastern European Roma and, in some cases, that the uploaders’ studies didn’t make clear whether they obtained informed consent or when the profiles were collected, and that they sometimes thanked police forces for collecting the DNA.

“It is extremely doubtful that such studies were always done with people’s fully informed consent,” Lipphardt says, adding that there is a long history of discrimination against the Roma.

Lipphardt tried to follow up one such concern: in 2017, German police uploaded to the YHRD 74 profiles of male Romanians and Afghans living in Germany. Lipphardt asked the relevant criminal investigation authority – in the state of Baden-Württemberg – whether the data were described in a paper, but was told that authorities considered the YHRD upload sufficient publication, and so no information was available on ethics procedures or consent.

“Criminal investigators obviously have less stringent ethical standards than academic scientists when collecting and working with genetic information,” she says. Roewer says the criminal-investigation authority did talk to him about the issue, but it decided not to retract the data sets.

The field of forensic genetics was slow to catch up with ethical standards of biomedical genetics, Lipphardt says. It was only in 2010 that leading forensics journals introduced requirements for authors to mention informed consent or approval by ethics committees. Much of the data in forensic databases, including the YHRD, was collected before 2010, so even when data are connected to research papers, it is hard to find ethics statements.

The YHRD isn’t the only international database under scrutiny. In their preprint, Lipphardt and Surdu note that a mitochondrial-DNA database called EMPOP also holds Roma data from journal studies that don’t explicitly state they have informed consent or ethical approval. (EMPOP is not a public database; its users must register.)

Parson, who curates EMPOP, says that all profiles undergo “rigorous quality control” including ethical evaluation before they are uploaded, and adds that the Roma data were published in scientific journals with ethical requirements to which EMPOP adheres.

Peter Schneider, a forensic geneticist at the University of Cologne in Germany, says that because the YHRD and other databases hold information only on particular genetic markers, and not full DNA sequences, individual donors can’t be uniquely identified. He thinks that in such cases, keeping data accessible is more beneficial to society than harmful to an individual.

Roewer says that when there are concerns over consent procedures for uploaded DNA profiles that were never described in journals, an independent, objective board of experts should investigate them. The ISFG is going to set one up, he and Parson say: the society is currently deciding the panel’s remit.

The YHRD ethical discussion was bubbling behind the scenes, but spilled out online after Lipphardt and her colleagues published their studies, which the newspaper Süddeutsche Zeitung reported on. Then, in January 2021, the Charité decided to close the department for forensic genetics which maintains the YHRD – not for ethical reasons, but for economic ones.

A court ruling had required German police authorities to allow competition to provide DNA analysis for criminal investigations, which meant that the department could lose much of a guaranteed income stream that it had relied on.

The decision, made public in February, caused a huge outcry among geneticists and public prosecutors fearing loss of forensic expertise, who also pointed out how useful the YHRD was. In March, the Wie-DNA initiative, a group of social scientists, geneticists and anthropologists who analyse how DNA is used, and which includes Lipphardt, issued a statement saying it hoped the forensic institute could be saved, but also noting the ethical concerns around the YHRD’s holdings.

In April, the Charité yielded to mounting political pressure and reversed its decision – but in May, the Berliner Zeitung newspaper reported that researchers in the Charité’s forensic genetics institute would all be offered jobs direct with police authorities.

A Charité spokesperson told Nature that nothing had been decided, but that Roewer and fellow forensic geneticist at Berlin research hospital Sascha Willuweit would preserve the YHRD in any eventuality.

But the wider ethical debate continues. This January, Moreau and two other researchers writing on behalf of the European Society of Human Genetics published a commentary calling for academic institutions worldwide to stop collaborations with groups over which there are ethical concerns.

“These problems extend beyond China,” the commentary stated, giving the example of the YHRD. “We would like to see an end to collaborations between academic and clinical institutions worldwide and institutions in countries carrying out widespread, unethical DNA collections and/or analysis.”

The authors added that any study involving police or judicial authorities in authoritarian regimes should be considered “potentially ethically tainted”.

Parson says that, although he agrees that genetic profiles obtained without informed consent should be removed from databases, the YHRD must not be curtailed more than necessary. Removing lineages of minority groups might distort analyses of the likelihood of a particular Y-chromosome profile coming from such a population.

“Judges anywhere in the world rely on robust forensic data,” he says. “Excluding data from minority groups could bias statistical evaluations in forensic reports – to their disadvantage.”