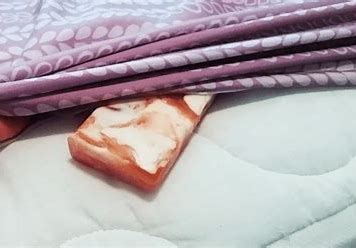 At times, we are all prone to feeling restless. When it is chronic, it can be a symptom of restless legs syndrome (RLS).

Restless legs syndrome or RLS, is a sleep disorder characterised by an uncontrollable urge to move the lower legs. It is usually worse in the evening and at night, and complaints mainly occur when a person wants to rest.

The complaints are reduced while moving, but as soon as the movement stops the symptoms appear. This makes it almost impossible to fall asleep.

The symptoms of restless legs syndrome are jitters in the legs, an irresistible urge to move them and complaints about not being able to rest. The symptoms decrease when the legs move and the symptoms are worse at night than during the day.

Do you recognise these symptoms? If so, you may be dealing with RLS. You are probably often tired because of this and you have difficulty concentrating. People with RLS often feel restricted because they can no longer go to the cinema or travel long distances by train or plane.

The cause of RLS is unknown. It is probably due to a disturbance of nerve cells in the brain which control movement and reflexes. The condition appears to be hereditary. Sometimes, it is due to low iron levels or a side effect of other chronic diseases such as kidney failure or diabetes.

In an episode of the television program, Dr Oz, the well-known television doctor spoke about a strange cure for restless legs syndrome that really seems to work: putting soap under your sheets, and specifically, lavender soap.

The lavender seems to have a calming effect. Put a piece of lavender soap between your sheets, at your feet every evening. You will notice that the spasms and cramps decrease and your legs feel much calmer! It’s worth a try, right?

The lavender soap technique has not been scientifically proven, but many people indicate online that it really works. Other users have wondered whether or not it had a placebo effect. A woman then reported that she put the soap under the sheets, without her husband’s knowledge and that he immediately slept a lot better.

So, it’s not just in your head – it really works. Make sure it is lavender soap; a normal soap bar usually does not work.