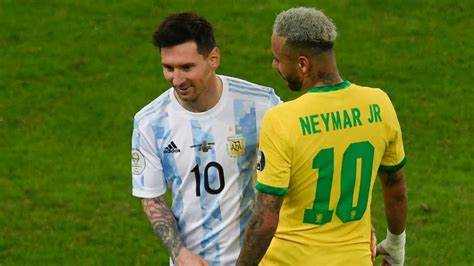 From former Real Madrid president Ramon Calderon to Lee the Tottenham fan, news of Lionel Messi leaving Barcelona sent shockwaves through football. A day which started with expectation of an imminent new deal being announced for the legendary superstar quickly turned into something nobody saw coming: a bit like Danny Ings signing for Aston Villa.

In the blink of an eye, the La Liga giants had confirmed their greatest player of all time will leave after 21 years, 778 appearances and 672 goals. It means the six-time Ballon d’Or winner, 34, is about to join a new club for the first time since he left Newell’s Old Boys as a kid.

Why? How? What next? These were just some of the questions as a host of people, starting with ex-Madrid chief Calderon, asked.

“It’s a big surprise, we thought he was going to get a deal at Barcelona, but it’s bad news for them and great news for their rivals,” he said. “Everyone thinks he’s still one of the best, if not the best, player in the world. Barcelona will be weaker and their rivals will have to be happy.”

The news has taken everyone by surprise. While Barca claim a deal was agreed, it is understood Messi had a change of heart, based largely on the quality of Ronald Koeman’s squad.

One of his transfer demands was reportedly Argentina teammate Cristian Romero, who is set to join Tottenham instead having completed a medical in London on Thursday night. In other words, blame Spurs.

Calderon added: “In the case of Barcelona, it is not the problem with money. Messi had some requests to strengthen the team, mainly signing Romero, the defender from Atalanta. “That seems the main reason.”

And amid reports that Harry Kane could be sold to Manchester City for as much as £150 million ($208 million), Lee the Spurs fan came up with a genius way for Messi to play alongside Romero next season…

“Why don’t we use the money from the sale of Kane to pay Messi’s wages and bring him to Tottenham?”

Back to the serious stuff, keeping Messi was made more difficult by La Liga’s agreement with CVC for a £2.3 billion ((3.2 billion) investment into Spain’s top flight.

It comes alongside stricter controls on spending, levelling the playing field and giving everyone an equal slice of the cake, and most importantly: killing the European Super League idea.

Joan Laporta recently won the Barcelona presidential elections on the promise of keeping Messi. Barcelona, along with Real Madrid and Juventus, are still pushing for that – and it seems the Catalans might’ve even prioritised it over Messi.

Spanish football journalist Terry Gibson said: “I don’t think he’s happy with what’s happening at Barcelona. Barcelona would be able to easily afford Messi in terms of the salary caps, but they’re reluctant to do that. They’re going to turn down the money that’s being offered to them to continue this fight for a Super League. I think Messi has realised, if they’re going to go down that road, he’s going to go elsewhere.”

Neymar and Messi are still close friends. Paris Saint-Germain are the overwhelming favourites to sign Messi, given they are probably one of two clubs who can afford his wages.

The other is Manchester City, who have other plans this summer, having just signed Jack Grealish for £100 million ($139 million) and continue to try for Kane. According to reports, the 34-year-old is already in talks with the French giants.

“I do believe he will go to PSG,” Gibson added. “The first reaction was shock,” Spanish football expert Samuel Marsden said.

“The second reaction has been disbelief, perhaps believing this is a play by Barcelona in their stand-off with La Liga. Maybe that’s just wishful thinking from supporters who don’t want to believe this is the end of their greatest ever player.”