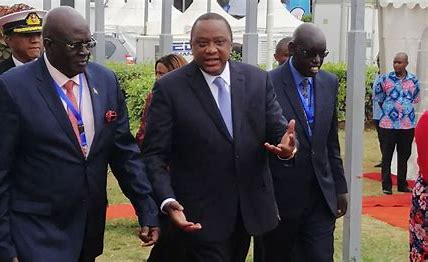 A few days back I watched the CBC (Competency Based Curriculum) debate on Citizen TV talk-show. It was just a talk-show – literally – with now substance at all. This thing (curriculum) is simply indefensible. None of the panellists, including the one who said he was part of the design team and the lady who was part of the CBC committee, knows what this monster is about. We are shooting in the dark.

Imagine one of the panellists said that construction of classrooms for the junior secondary transition will start next year. It was also clear that not much has been done to train teachers to administer CBC.

Everyone is doing whatever they think they understand about the system. No proper documentation of this system was done. Everyone has their own interpretation of CBC. This is akin to the biblical tower of Babel. It is chaos!

One of the suggestions about the transition is that some primary schools will be combined to create new secondary schools. This might be possible in some rural areas but it is impossible in urban areas. It is also said that the junior secondary will be hosted in day secondary schools. Where is the infrastructure and teachers to host the new extra year groups?

There is a suggestion that premier schools like Starehe and Alliance should be turned into day schools. Why can’t we focus on raising standards so that one day all the schools will have equally high standards?

The other thing which came up as a real problem is the assessment mechanism in CBC. How will transition to secondary and tertiary levels be determined without examinatons?

When children are given homework, which is done by parents and other people, who is being assessed in this case? The children of the rich who can facilitate this assessment will do well and those of the poor will be condemned to a lifetime of manual labour and poverty. A caste system is being founded.

The mentality of CBC that examinations are evil and that a utopian world exists where there is no competition and everyone is equal is complete nonsense. Competition and diversity are a reality of life that can never be wished away.

The fallacy that CBC is necessary because 8-4-4 graduates are not fit for industry is also nonsensical. Which industry or company is unable to operate in Kenya because it cannot find competent workers? Kenya’s human resource base is always cited as our greatest strength and pride.

Surprisingly, some of the designers of CBC went through 8-4-4. If 8-4-4 creates incompetent graduates how can incompetent people create a competent system?

Our 8-4-4 graduates top the charts in top league universities all over the world. They work in all manner of industries in so many countries. What we need are economic opportunities so that we can put what we learnt in school to work. Besides, learning is a lifelong endeavour.

The purpose of basic education is to prepare students for lifelong learning. It is never to equip them with competencies for the job market. Competence comes from performance. Our graduates might appear incompetent because of lack of chances to practise their trade.

What we need for the education system isn’t an overhaul but continuous improvement. We can perfect 8-4-4 to a point where other countries will be adopting it in future. We don’t …