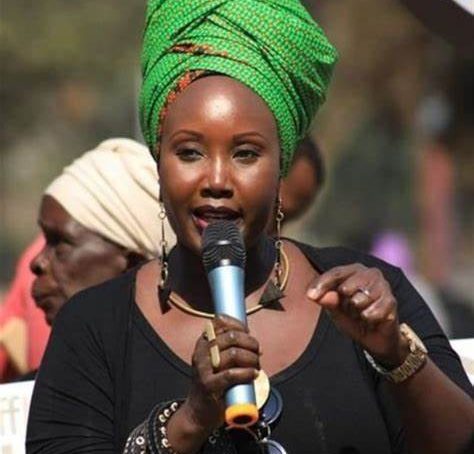 On May 18 of this year, the insidious hashtag #AnarchistJudges appeared on Kenyan Twitter timelines. Apparently driven by a number of faceless bots, and retweeted by a series of sock puppet accounts, the deluge of tweets cast suspicion on both the competence and integrity of senior High Court of Kenya judges that had just shot down the Constitutional Amendments Bill of 2021.

Many falsely claimed the judges were involved in narcotics dealings, bribery, and political partisanship. It quickly became one of the country’s top trending topics.

Such malicious, coordinated disinformation attacks are rapidly growing in Kenya, my Mozilla Foundation colleague Brian Obilo and I have found in a new investigation. Through a series of interviews with influencers involved in these campaigns, we reviewed evidence of a booming, shadowy industry of social media influencers for political hire in Kenya.

Members of civil society and journalists alike have increasingly come under disinformation attacks that seek to silence them, muddy their reputations, and stifle their reach.

Twitter, which strongly influences the country’s news cycle and has exploitable features like its trending algorithm, has been central to these operations. Many of the accounts and individuals involved promote causes and political ideologies without disclosing that they are part of paid campaigns. Even some verified accounts are complicit.

With the aid of Twint, Sprinklr, and Trendinalia, we trailed two months of data (May 1 to June 30) of disinformation attacks by mapping and analysing specific hashtags that the perpetrators used on Twitter.

In particular, we focused on Kenya’s Constitutional Amendment Bill, famously known as the Building Bridges Initiative (BBI), debates over which were roiling at the time.

The criteria involved mapping certain accounts that posted malicious content targeted at Kenyan activists and judicial officers. Timestamps within the metadata of these tweets suggested strong synchronisation: sharp bursts of activity in a very short period of time.

In total, we flagged 23,606 tweets and retweets released by 3,742 accounts under the 11 hashtags. The campaigns we took an interest in directly attacked citizens and prominent civil society activists who were vocally opposed to it.

They also sought to discredit civil society organisations and activists by portraying them as villains who were being funded by Kenya’s deputy president, William Ruto, who had been vocally against.

The well-coordinated attacks are directed through WhatsApp groups to avoid detection. In groups whose conversations were shared with us, administrators gave instructions about what to post, the hashtags to use, which tweets to engage with, who to target, and how to synchronise posts so that they trend. “The main goal is to go trending on Twitter,” said one influencer, who requested to remain anonymous for fear of retribution. “I’m not sure what our jobs would look like without that target.”

There is money to be made. Our sources said that they get paid between $10 and $15 to participate in three campaigns per day. Others are on a retainer that can go as high as $250 a month. This is in a country where many citizens earn $1 a day.

The three most frequent types of victims of these campaigns, our analysis found, were Kenyan journalists, judges and activists. Many of the attacks against Jerotich Seii, a prominent member of the anti-BBB Linda Katiba campaign, for example, used her or her father’s likeness, pretending to be them and allege that her efforts were being funded by William Ruto.

She told us that the attacks against her were so defamatory and effective she “had to spend a good chunk of my time defending my position as someone who is actually a patriot who does what they do out of love for their country.” Other activists have resorted to self-censorship.

In response to our investigation, Twitter removed over 100 accounts in Kenya that had violated its platform manipulation and spam policies. In an emailed statement, a Twitter spokesperson wrote, “Some accounts relied on inauthentic behaviour to attempt to gain followers or retweets (not solely on political themes, from what we observed); but many of the tweets associated with hashtags cited in the report (e.g. #AnarchistJudges) were legitimate.”

The Kenyan High Court struck down the BBI on May 14, and the Court of Appeal upheld the ruling on August 20, on the grounds that the initiative was unconstitutional. The ruling not only strained the already bad relationship between Kenya’s judiciary and its executive, it also led to waves of disinformation attacks seeking to question their judicial independence and the accuracy of their decision.

Since the upheld ruling, these attacks have noticeably changed in their visual style. They’ve increasingly employed the look of newspaper editorial-cartoon caricatures and memes preferred by American right-wing Twitter, with repetition of particular templates using the images of the judges. This likely indicated a change of strategy at the top that sought to make the content more palatable and shareable.

Based on the data we gathered from the Twitter trend aggregator Trendinalia, eight of the 11 hashtags we identified gained enough amplification to become trending topics in Kenya. This was achieved in part through verified users, whom, according to our sources, operatives pay to rent their accounts to improve the campaign’s chances of trending.

The demand for this service by the political class in Kenya is strong. Within May and June alone we counted at least 31 trending artificial political hashtags – meaning Kenyans had to deal with at least one political disinformation campaign every other day.

Curiously, there is little evidence that such operations actually sway people’s opinions. But they do affect how Twitter users interact with their information environment. The ultimate goal appears to be to overwhelm users and create an environment where nobody knows what is true or false anymore.

These problems aren’t unique to Kenya. Throughout Africa – most recently during Uganda’s election earlier this year – political actors are exploiting Twitter features like trends, its engagement mechanics, and account creation to try to control political narratives—crowding the conversation with disinformation and harassing dissenting voices. What can be done?

For one thing, Twitter’s moderation team could pay much closer attention to its Trending section, country by country, to keep its algorithms from selecting and highlighting content without examining its potential harm.

The social-media activist organisation Sleeping Giants has repeatedly called for Twitter to “untrend” itself, either by removing the trends altogether or by disabling them during critical times such as elections. Arguably, Twitter does have an incentive to fix this. It sells ads for “promoted trends” and “promoted tweets” within the feeds of hashtags on its Trending Topics section to business clients.

This puts it squarely in the middle of the mess, as Twitter profits from this harmful activity. The overall message this sends is that it’s okay to sow hate on the platform, so long as its owners can place ads next to the trending content and make a profit from it.

As Kenya heads toward a contentious election in 2022, the demand for these services will increase. Several political parties and officials will seek out inauthentic coordinated campaigns, many of which will maliciously target individuals and Kenyan institutions.

The campaigns we’ve highlighted foreshadow what is to come, and Twitter needs to start paying attention.