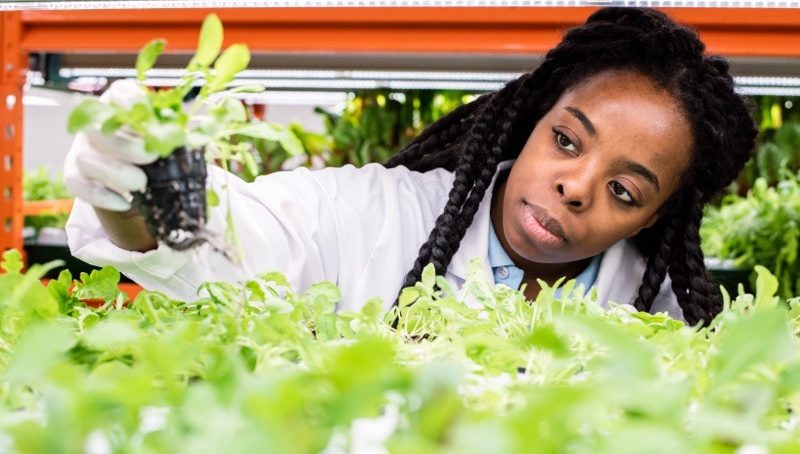 Predominantly White institutions are reluctant to hire Blacks and Hispanics

Members of minority ethnic groups have made only modest inroads into US science, technology, engineering and mathematics (STEM) positions in recent years, according to an analysis of nearly 20 million people.

The analysis was conducted by the Pew Research Center, a non-profit organisation in Washington DC, and used data collected by the Integrated Public Use Microdata Series American Community Survey. It found that Black people accounted for per cent of the STEM workforce in 2019. That’s the same proportion as in 2016, suggesting a lack of progress at a time when many companies and universities had pledged to promote diversity. Over the same period, the proportion of Hispanic workers in STEM jobs rose from seven per cent to eight per cent. Black and Hispanic people make up 12 per cent and 17 per cent of the US workforce, respectively.

They also accounted for eight per cent of all jobs in the mathematics field in 2019, up from six per cent in 2016. Over that period, the percentage of Black people in maths-related jobs held steady at nine per cent.

The report also found that the percentage of women in STEM fields has remained stable. In 2019, women accounted for 47 per cent of the overall workforce and 50 per cent of the STEM workforce.

The continued lack of racial diversity is a bit surprising, says Marcus Lambert, a higher-education researcher at SUNY Downstate Health Sciences University in New York City. He notes that the trend persists despite some gains in the enrolment of members of minority ethnic groups in university science programmes.

“The STEM workforce is connected to the educational pathways,” he says. “If people are switching majors and dropping out of STEM programmes, we’re not doing our jobs.”

Lambert was a co-author of a 2020 study that surveyed more than 1,200 biomedical postdoctoral researchers in the United States about their career plans. It found that 24 per cent of male postdocs from minority ethnic groups had decided to get out of research or leave science altogether, even though they had already gone far in their training. For comparison, only 14 per cent of white postdocs were planning to quit research or leave science.

Lambert’s survey found that even some highly productive postdocs from minority ethnic groups who had authored a number of high-quality publications didn’t feel completely comfortable in their jobs. “It’s not that they don’t love science,” he says. “Whether it’s politics or negative stereotypes, they don’t feel welcome or completely satisfied.”

The Pew report found that representation of people from minority ethnic groups varied greatly depending on the job in question. For example, within the life sciences, the proportion of Black people employed as technicians in the food or agriculture industry (12 per cent) was six times the proportion who worked as conservation scientists and foresters (two per cent). In the physical sciences, Hispanic representation was more than twice as high in chemical technicians (12 per cent) as in astronomers and physicists (five per cent).

Many US universities have pledged to increase diversity in hiring, but progress has been notably slow, says Melanie Okoro, a water-quality researcher and chief executive and principal scientist at Eco-Alpha Environmental and Engineering Services, a consulting company in Sacramento, California.

Okoro is also a board member of MS PhD’s, an initiative sponsored by NASA and the US National Science Foundation to increase minority participation in Earth sciences. Part of the problem at the university level, she says, is that predominantly white institutions have been reluctant to partner with minority institutions, such as Howard University in Washington DC, to identify qualified applicants.

Okoro thinks that private companies such as hers could help drive progress towards more equitable representation in STEM fields.

“As someone who owns a company, I’m very intentional in who I hire and the culture that my company can reflect,” she says. In the big picture, she says, “significant strides are being made to support a diverse and inclusive workforce, but sustainable changes will take time”.

Can your general lifestyle really affect your success in work or business?