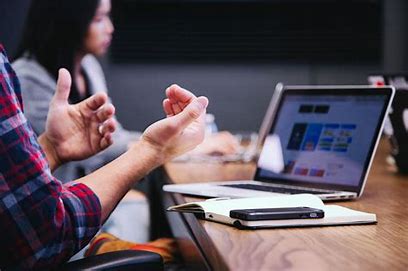 When it comes to explaining the awards gap in undergraduate degrees in the United Kingdom as a whole, student experience might be a factor because Black, Asian and minority ethnic (BAME) students often report experiencing racism on campus, and feeling that they do not fit in or that it’s not safe to speak up about different backgrounds and experiences.

These backgrounds are also often excluded from the curricula. Kingston University in London, Brighton University and University of the Arts London have introduced measures to reduce the undergraduate award gap, although it is unclear which of these actions has had the most impact, says Louise Cramer, who has conducted a study on the award gaps.

They include taking steps to ‘decolonise’ curricula, by making the educational practice more inclusive; increasing training in unconscious bias; the blind marking of papers; giving students more feedback; and trying to nurture students’ feeling of belonging.

For the past 10 years, the undergraduate degree-award gap has narrowed by just 0.5 per cent per year, she adds. “It’s going to take decades to close this gap. We can’t wait for that to happen – we’ve got to reduce the award gap and change recruitment criteria.”

The London Interdisciplinary Biosciences Consortium, a collaboration between eight leading universities including UCL, has removed the requirement for students to have a first-class degree to be accepted for PhD funding.

And several PhD programmes in the United States, including Tetrad at the University of California, San Francisco, no longer require applicants to have passed the Graduate Record Examinations (GRE) test, a standardised admissions test used by many US graduate schools.

As a result of these and other measures, such as introducing summer research-training programmes for undergraduates, these institutions have seen a twofold to fourfold increase in students from minority ethnic groups in their PhD programmes, Cramer says.

Students from these groups fall out of the academic pathway early on, she adds. Nearly one-quarter of UK undergraduate-degree holders (23.69 per cent) are from minority ethnic groups, but that proportion falls to 18.07 per cent for PhD students and to 10.7 per cent for postdocs, the paper points out.

The study notes that introducing steps to close the award gap – such as increasing the number of academics per student and hiring departmental staff to analyse performance data – will be expensive, and that “academics already work excessive hours just to get their ‘regular’ job done”.

Kevin Laland, a behavioural and evolutionary biologist and the only person of colour on the academic staff in the biology department at the University of St Andrews, UK, says: “I don’t teach a lot of students, so most who study biology here will not see a single Black or Asian lecturer or a lecturer from any other minority ethnic group” during their four-year degree.

“It is easy for them to fall into the trap of thinking that they don’t belong, that they’re outsiders, that they don’t identify with what’s being taught – and if that is the case, that can be a very alienating and demotivating experience,” he adds.

Universities need to decolonise curricula to remove Western bias, and look at recruitment and promotion practices for academic faculty and staff members to ensure that students from minority ethnic groups are taught by more people with whom they can identify, he says.

Laland suggests that universities build on their successes in tackling gender bias. Since 2011, St Andrews has been a member of the Athena SWAN Charter (a framework used internationally to support and transform gender equality in higher education and research).

The university implemented a number of actions, he says, including scrutinising the wording of job advertisements, developing recruitment templates to ensure that guidelines were followed, implementing bias training, and offering flexible working and child care.

“Collectively, we went from having extremely male-biased recruitment, to having no gender bias in our recruiting,” he says. “No marginal gain is too small to be dismissed.”