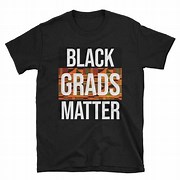 Black students face barriers progressing to PhD programmes, and experience other career setbacks, because they are more likely to receive lower undergraduate degree classifications than their white peers, an analysis by a leading UK university has found.

The study, based on exam and coursework data, and published in the journal eLife, proposes strategies to tackle an unexplained “award gap” between undergraduate students who are white and those who are from minority ethnic groups.

The gap, first identified more than 25 years ago, refers to differences in academic performance between white students and those from Black, Asian and minority ethnic (BAME) communities. It persists, the paper finds, despite students from both groups having similar grades, on average, in their A-levels, the exams used by UK universities to select students for admission to undergraduate courses.

Similar award gaps have been reported in other countries, the paper notes, including the Netherlands, the United States and Australia.

In March 2020, the Royal Society reported that, in 2018–19, white students were twice as likely (35.7 per cent compared with 17.9 per cent) to graduate with first-class honours degrees in science, technology, engineering and mathematics (STEM) than were their Black colleagues.

The paper warns that students without a first- or upper second-class degrees are likely to miss out on grants for graduate programmes, and are less likely to be able to access opportunities in highly sought-after research programmes at the most high-profile institutions.

This disparity, says Louise Cramer, who conducted the study, could make those students’ paths to the upper echelons of academia more difficult, with the result that fewer will reach them.

Also, the implications of that award gap for pay and opportunities “snowball” as these students progress in their careers, says Cramer, who leads a team researching cytoskeleton mechanisms in cell polarity and cell migration at the MRC Laboratory for Molecular Cell Biology, University College London. “Not having that higher step at the beginning means your next step may not be so high.”

“If graduates from minority ethnic groups want to stay in academia, the degree-award gap reduces their chances of getting a PhD position, particularly entry to the most competitive fully funded programmes,” she adds. “If they don’t want to stay in academia, they’re less likely to get a graduate-level job within one year after graduation, so immediately it impacts their first step and maybe their whole career and pension.”

Cramer assessed the results of 792 students who completed a cell biology module in academic years 2013-14 to 2018-19 at UCL, as part of the first, second or third year of their undergraduate programmes in biosciences or natural sciences; 47 per cent of those students self-identified as members of a minority ethnic group, but, compared with their white counterparts, proportionately fewer of them were awarded good grades for cell biology (the average grade gap between the two groups was 8-13 percentage points).

It was not these students’ ability that was responsible for the award gap in these modules, but something that was happening in the university itself, says Cramer, who points out that all the students had entered university with similar A-level grades.

Cramer notes that the award gap in the cell biology modules was much greater for exams than for coursework, and suggests two possible reasons.

The first is that the exams are essay-based, whereas the coursework is assessed in a range of ways.

The second is that the exam process itself can be a form of ‘stereotype threat’ – in which negative perceptions about a specific group of people set them up to fail and thereby fulfil that stereotype.