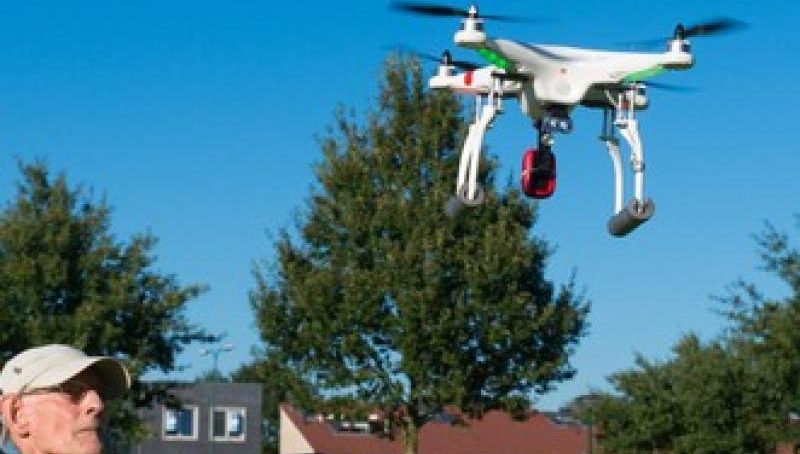 Like other companies involved in drone reforestation, DroneSeed is reluctant to say how many trees it has planted to date. The company would not disclose the names of customers but says it is working with three of the five largest timber companies in the US, as well as non-profit conservation groups such as the Nature Conservancy.

It is therefore difficult to make an informed opinion on the effectiveness of drone reforestation.

The acquisition was driven, DroneSeed CEO Grant Canary told Wired, by the fact that Climate Action Reserve, which tracks the environmental benefits of emission-reduction projects, now includes benefits from reforestation.

“What we see with reforestation and carbon credits is now we’re able to take land that’s been burned and make sure there’s a source of capital to reforest it,” Canary says.

In attempts to make seeds dropped by drones more viable, companies apply machine learning and imaging technology to pick optimal places to plant trees and guide drone flight paths. They encase seeds in pellets made with ingredients like clay and soil and sometimes shoot them into the ground.

Each seed capsule is designed to contain the moisture and nutrients a seed needs to get started.

DroneSeed, for example, includes hot pepper to deter squirrels or other wildlife from eating its vessels, which are about the size of a hockey puck. How these carrying cases for seeds are made varies. Some contain a single seed, but Dendra Systems says it can pack up to 50 kinds of seeds for trees, shrubs, and native grass in a single capsule.

Asked to comment about the propaganda claim, Flash Forest CEO Bryce Jones said the company still plans to plant one billion trees by 2028.

Dendra Systems, previously known as Biocarbon Engineering, is one of the oldest and best-known companies using drones to plant trees. CEO Susan Graham said the company was created with the belief that a key reason humanity has yet to slow the decline in tree populations is that we aren’t using enough technology.

She declines to say how many trees the company has planted. Ecologists are employed to verify results, she says, and the results of their work are shared privately with customers. She says Dendra now focuses more on the total area it can restore rather than the number of trees planted.

Former Dendra CEO Lauren Fletcher says he came up with the idea of using drones for planting trees in 2008, and he was one of the first CEOs to make the billion-tree pledge. He doesn’t think any drone-planting company has yet hit that target, but he thinks it remains worthwhile as an example of the big thinking needed to tackle global ecosystem restoration problems.

“The fact is people understand trees. They can see them, they can touch them, they can feel them, and it’s a hell of a lot easier to sell,” he said. “Try selling soil microbes.”

Fletcher is currently working with Dendra Systems cofounder Irina Fedorenko on another company aiming to plant trees with small drones, particularly for small landowners. Through a partnership with WeRobotics, Flying Forests wants to plant trees with drones in 30 countries. It is exploring projects in Kenya, Panama, and Uganda.

In April, the company spread seeds on a hillside near Reno as part of a US Forest Service pilot program. Fletcher estimates one per cent of those seedlings have started to grow. Despite low success rates, Fletcher argues that in areas where it’s tough for people to go or there’s a labour shortage, something is better than nothing.

A spokesperson told WIRED that the US Forest Service is considering using drones in post-fire recovery, particularly in areas that are difficult for people to reach, but that “survival and costs have not been optimal when compared with hand planting.”

Companies planting trees and government reforestation efforts will have to contend with ongoing seed shortages. A World Resources Institute study estimates that the US can grow 60 billion trees by 2040, but a study released earlier this year found that planting even half that many by 2040 would require federal nurseries to more than double their current output.

McMorrow, of Cal Fire, calls 2021 a good year for collecting cones that contain seeds, but he says wildfires and reforestation continue to outpace seed collection.

Cal Fire is working with tribal governments and the US Forest Service to ramp up nursery production to double from 250,000 to half a million seedings. He suggests companies interested in drones and automation for planting trees invest resources in collecting seeds.